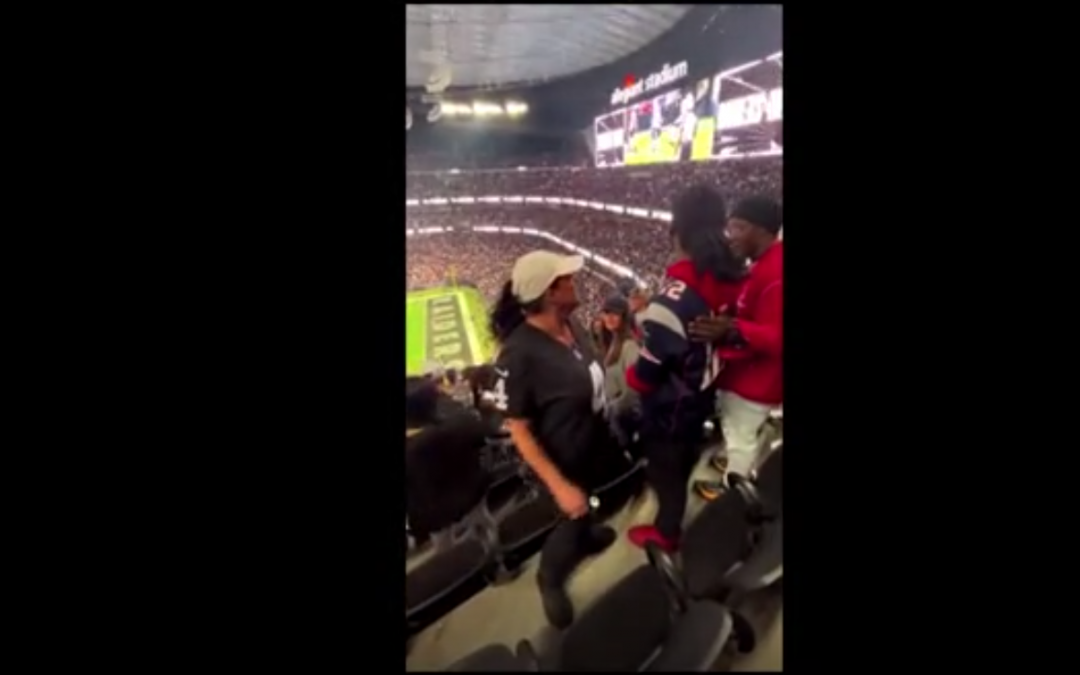 De-escalation Lessons From a Rabid Raiders Football Fan, a woman who pretty much harassed a Patriots fan on Dec 17th, 2022, and who about went unhinged on the fan after the Patriots basically threw away the tied game at the last moment and the Raiders won.

Jerry Edmonds, a Patriots fan, was attending his very first NFL game in person, and unfortunately was sitting close to a rabid Raiders fan, a woman who apparently spent pretty much the whole game being rude and antagonistic towards Edmonds. As the game ended, the woman decided to get right up into Edmonds’ face and be really loud, rude and antagonistic towards him, to the point that the incident was caught on video and went viral on social media.

Now, folks, there is NO law, rule, policy, ordinance or regulation that states you WILL or you SHALL or that you HAVE TO engage with anyone who is loud, rude and obnoxious, you have every right to ignore them, and if possible, to walk away. Mr. Edmonds displayed considerable and commendable self discipline, self control and self awareness and kept himself from saying or doing something in response to the lady that would have surely escalated the situation.

I am pretty sure that such incidences happen all the time after a close game, in whatever sport, but I think the vast majority of those situations end up in physical violence. Mr. Edmonds was at his first live NFL game, and had put up with the lady throughout the game, and then the Patriots threw away the game, and NOW the lady is right in his face??? You don’t think that Edmonds could have just exploded on her??? But he didn’t, and when asked about it in interviews, he simply stated that he just pretty much ignored her as best he could and just knew not to say anything to her, he just knew it would be a bad idea.

It isn’t easy, it hardly ever is, to keep one’s mouth shut despite desperately wanting to shout and scream back into someone’s face, but that never helps to de-escalate a situation at all. That is where the challenge is when you encounter a person who is loud, rude and obnoxious to you.

Take a long slow deep breath to help you stay calm, assess the situation and think things through, and remember that you do NOT have to say or do anything in response, and that you have every right to simply walk away.

IF you allow yourself to get offended, frustrated or impatient with someone, you only increase the probability that YOU will be the one to say or do something that will escalate the situation.

Mr. Edmonds did a phenomenal job of maintaining his cool, and it caught the attention of the Patriots organization and now he is getting VIP treatment. Well done sir, and well deserved.

And that lady? Well, we can all appreciate our favorite team winning a close game at the last moment, but she will be memorialized forever more on the internet as a rude, loud, obnoxious person whose shameful behavior is really more of an embarrassment.

I use the video of the incident in my latest video on my Youtube channel: https://youtu.be/zmK68SvbEA4