Feeling “offended”? You may end up escalating the situation 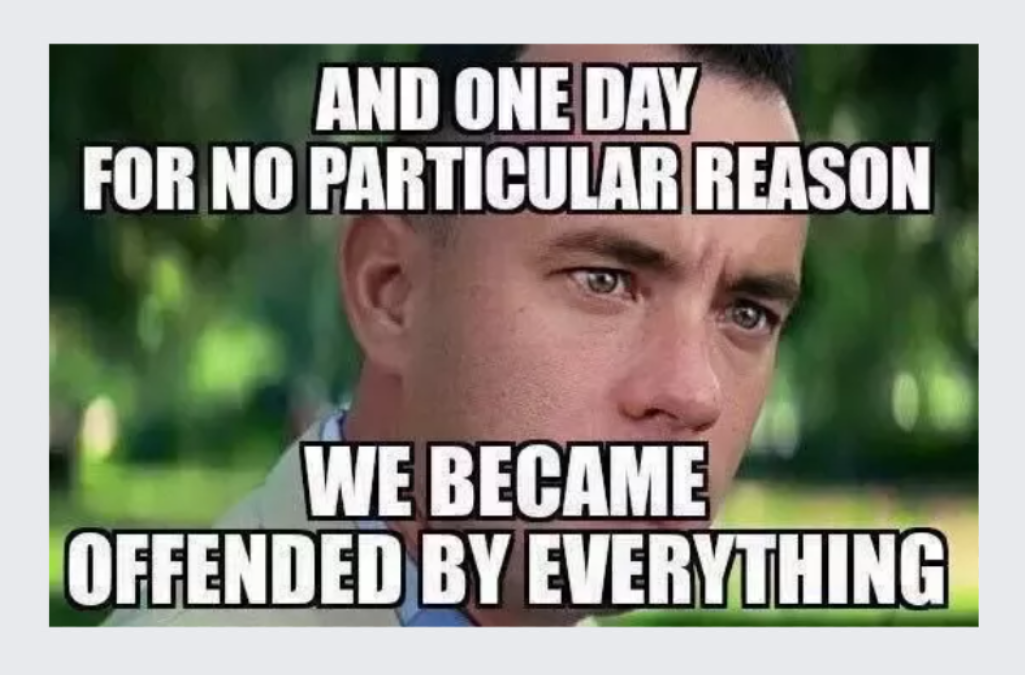 Feeling “offended”? You may end up escalating the situation! A point I emphasize in my training seminars is that when you allow yourself to become offended, or frustrated, or impatient, you are increasing the likelihood that YOU will be the one to end up saying or doing something that will escalate the situation. Well, if you are a human being on this planet and have been awake these last few years you know how easy it is to become offended about something or someone!
Another point I make is that people in positions of authority will more easily find themselves feeling offended and frustrated when they feel their authority is being ignored and dismissed.

So yesterday, Friday Sept 23, I was working security at my church. I was alone, my shift was ending, the church was closed so all doors and access points were locked and secured. Because of clean up going on for an event we had over the week, I had one set of doors at my desk unlocked.
A young man in his early 20’s walked into the building and I greeted him and asked who he was there to see, and he smiled and said “Oh, no one, I’m just here to use the bathroom”, and just kept walking “like he owned the place”. I called out to him again, curious about who is was and why he felt he could just walk into the building the way he did to use the bathroom, as the church is closed and we do not have public restrooms. As he walked away from me he called back to me over his shoulder that he was working at the apartments next door and that a “Tina” had told him he could go use the bathroom. He walked on around the corner and I could hear him go into the bathroom.

I had a SURGE of adrenaline and a strong sense of offense. What the heck???
I paused, took some breaths, and assessed the situation, and decided that I would wait to contact him on his way out and have a chat with him.

Feeling “offended”? You may end up escalating the situation. After a few minutes, which gave me time to calm myself down and think things through to consider my ACE and how I would reengage with him, I saw on the camera him walking to leave the building through another set of doors, avoiding me, and I quickly rush over to chat with him. As he approached his vehicle I stood at the entrance and called out to him, no need to actually get any closer to him, maintaining a reactionary gap of about 30 feet or so, plus I could dart back into the building if I needed to.
I point out that I do not know a Tina and I point out this is not a public restroom facility, and he begins to drop names, and talks about how he’s “never had a problem before” and blah blah blah. I smile, asked for his name and just simply told him that I have never seen him before, don’t know him, and that, again, the church is closed on Fridays and does not offer public bathroom.
I made a phone call to someone who he name dropped, and that person said the guy’s name sounded vaguely familiar and that he may have hung out a bit with the young people’s ministry.

I had felt a rising sense of offense as he rudely walked past me without pausing to acknowledge me or chat with me, I don’t care how bad he may have needed to use the bathroom! I found it very disrespectful and rude to walk away from me and talk to me over his shoulder, that offended me! As THE church representative and security at the time, I was the authority in that building, I decide who comes into the building and why. Feeling “offended”? You may end up escalating the situation!

But what was the situation, was it something to get loud over, get upset over, and grab him and pull him out of the building? Get in his face about it? Was there any actual harm or danger?
It was just a rude person who needed to use the bathroom, apparently arrogant enough not to care about what building procedures and policies may be in place and not care what any church person had to say.

I waited until he had done his business, considered my ACE as I made contact with him, kept a reactionary gap for safety, and I kept a calm conversational tone of voice and restated the church’s position for his future reference.
Feeling offended is easy, and will happen, and that is where we all need to make sure we quickly get a hold of it, develop the self awareness and self discipline to not let our sense of offense cause us to do or say something that will escalate a situation!