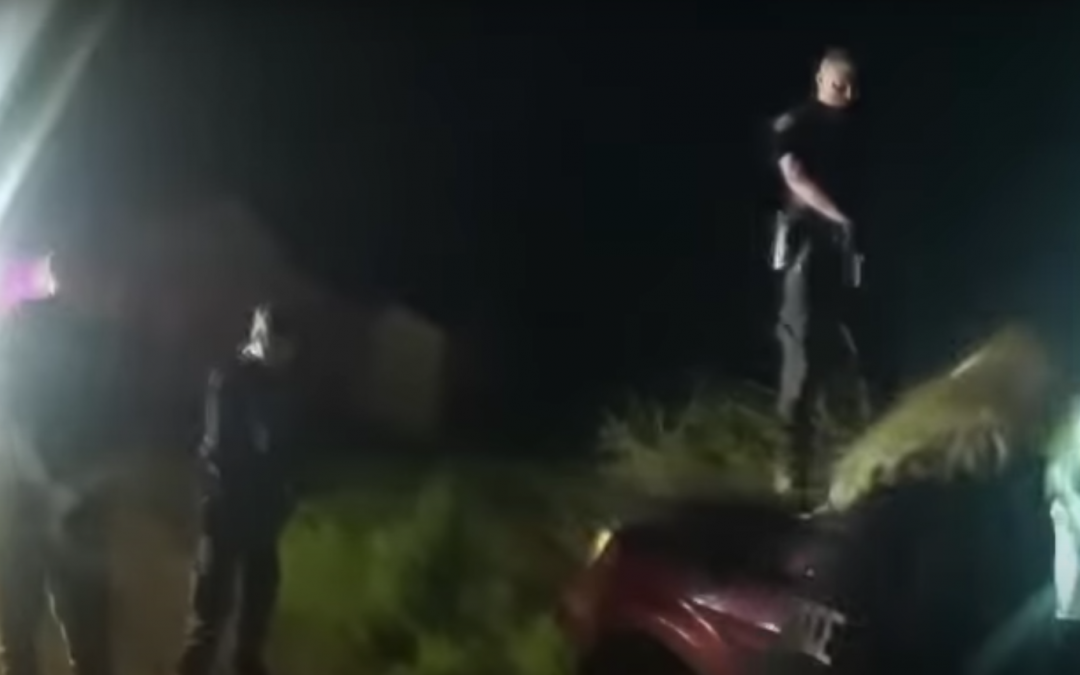 Epic De-escalation Fail by Deputies results in fatal shooting of a young man suffering through a mental health crisis. It absolutely was avoidable.

The incident occurred on June 10, 2022, in Clear Creek County, Colorado, and the body-cam video, dispatch audio and all that was recently released around September 15, 2022. Christian Glass, age 22, ran off the road and got stuck in the middle of the night, and called 911 for help. But while talking to the 911 operator he begins to make comments and admits to hearing and seeing things, and it is very evident that he is suffering from a mental illness episode. Christian even admits to having 2 knives in the vehicle with him, and points out that he will make sure to “throw them out the window” and keep his hands visible to responding officers. Dispatch even relays to the responding officers that Christian is “paranoid” and “not making sense”. Unfortunately, the responding officers do not seem to REALLY process that information to formulate how best to approach and make contact with Christian when they arrive on scene.

The epic de-escalation failure begins within moments of the arrival of deputies, when they begin to command, order and demand Christian to “get out of the car”, to “step out of the car” and to “do it now”, even pointing out firmly “that is a a lawful command”. With the police spotlights in his face, preventing him from being able to see the officers, and only hear their harsh words and tone of voice, it only played upon his paranoid fears of what was outside his vehicle. The initial officers from time to time would soften their tone of voice and try to encourage Christian to step of the vehicle, but they never consistently maintained a soft, calm, reassuring tone of voice or tried to create a connection with Christian and the officers would too quickly go back to using a harsh tone of voice and demand Christian to get out of his car. They would get frustrated and inpatient. Christian locked himself in his car and rolled up his windows.

Dispatch apparently did not stay on the phone to continue to softly talk to Christian, nor was any effort made to contact anyone who may have a relationship or connection with Christian to try to talk him down. Nor did the officers ever seem to deviate from their focused intent of getting Christian out of his car. Exactly what was the hurry? Why was it so important to get Christian out of his car NOW? He had not made any threats, was not trying to hurt anyone, not even himself, he was just sitting there with both hands on the steering wheel. From their tone of voice, attitude and apparent urgency you would think Christian was stuck on a railroad track with an on-coming train and they were desperate to get him out for his safety. But the reality was that Christian was simply stuck on the side of the road, suffering paranoid delusions, had called for help but was not being harshly spoken to by disembodied voices all around his vehicle, unable to see in the dark. Being unable to see in the dark is a primal fear in all humans, and being spotlighted the way he was, preventing him from seeing the growing crowd officers around him in the dark, only escalated that fear of the unknown.

Other police officers from nearby jurisdictions arrive on scene, and several officers take turns trying to talk Christian into getting out of the vehicle. Unfortunately, even with a soft tone of voice, telling a person who is suffering a mental health crisis that you will break the car windows if he doesn’t get out is not reassuring, bonding, friendly, or welcoming. It only escalates and convinces Christian that the world outside his car is evil and dangerous. No one on scene ever really seemed to get out of the group tunnel vision of trying to get Christian out of his car, no one tried to consistently use a calm, low tone of voice with Christian, no one became the primary contact person with Christian, no one took the spotlight off of him. NO one gave Christian time and space to come down from his anxiety and level of mental illness at the time. From the video you see up to 6 officers crowding the vehicle, making comments to Christian and to each other, shining flashlights all around the interior of the vehicle, and all the while Christian has both his hands firmly gripping the steering wheel, looking around, unable to clearly see because of the spotlight on his face and only detecting dark, menacing silhouettes around his car. And then one officer jumps up onto the hood of Christian’s car and looms over Christian with his weapon at a low ready. Exactly HOW is that suppose to be “De-escalating”, especially to a person who is suffering a mental health crisis??

The epic fail drags on for about an hour, and then the officers finally smash open a window, fire several bean bag rounds at Christian, then fire a taser at him, and then an officer reaches into the car at which point Christian grabs a knife, he was going to defend himself from the threat and further violent attack upon his body. Christian is then fatally shot. Epic De-escalation Fail by Deputies results in fatal shooting of a young man suffering through a mental health crisis. It absolutely was 100% avoidable.

I teach classes to slow down, take a breath and assess the situation! You are told by Dispatch that the driver is not making sense and seems to be paranoid, so while still enroute you should be formulating an idea of how you want to approach and make contact with the subject. Soon after arriving on scene you determine that, in fact, you are dealing with a person suffering from a mental health crisis, so you should speak softly, reassuringly, show empathy and compassion, DO NOT use a harsh tone of voice, do not be demanding. Keep the spotlight out of his face, he is not a felon on a felony high risk traffic stop. Allow him to see your face, it is scientifically proven that humans connect with eye contact. Give him time to process and come down on his own from the stress level he is experiencing. Do not crowd him, everyone stand back in a loose perimeter, crowding him will only seem like everyone is “ganging up” on him and come across as a threat, which will only escalate. Are you able to find someone else who can talk to him, like friend or family member?

I teach conflict De-escalation classes every year at the annual Ohio Tactical Offices Association training conference, and I tell all my classes that when you allow yourself to become frustrated, or impatient, or offended, you only increase the likelihood that YOU will be the one who will do or say something that will escalate the situation. In this sad, tragic, avoidable incident, the officers on scene got impatient and frustrated that Christian would not get out of his car. An epic failure of De-escalation.