This road rage incident was avoidable across the board. 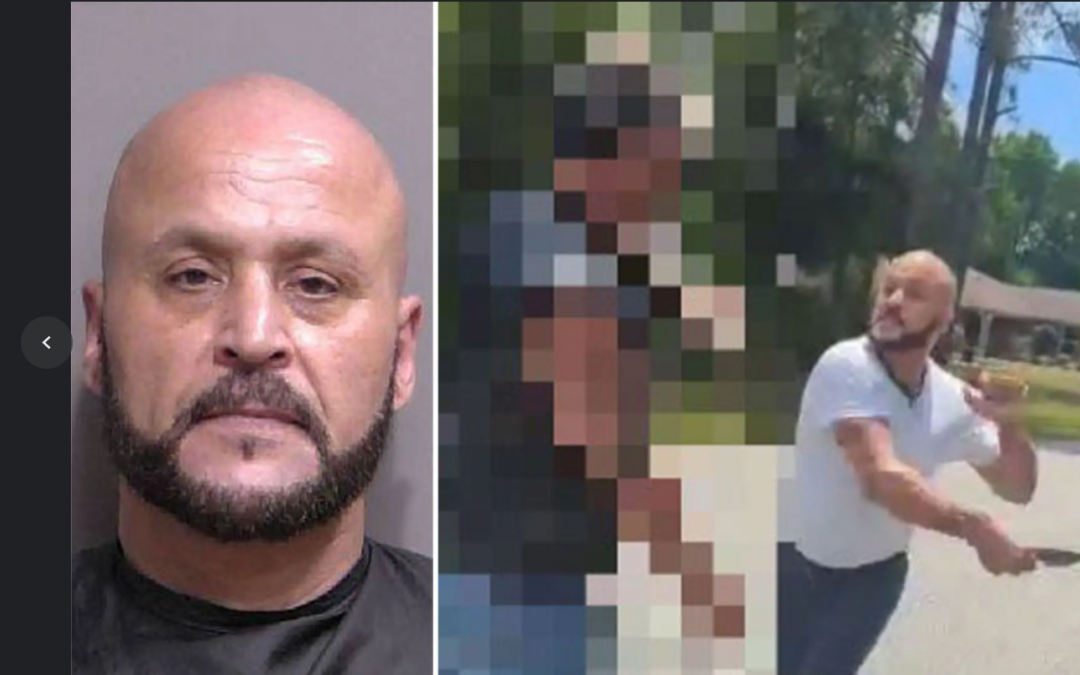 This road rage incident was avoidable across the board, and there are several teaching/training points to be made.

How could this incident have been avoided?
3 things I teach people (Especially to young people now that I am a drivers Ed instructor!) – 1] EXPECT other drivers to do something stupid and unsafe, 2] Do NOT let yourself be offended by another driver, but if you do let yourself be offended, 3] Do NOT follow that other driver!!
Did you really think it through? Did you take a deep breath to get oxygen to your bran to think it through? What exactly is your plan, intent, or reason for following the other driver?
In this incident, a man and his wife were on a motorcycle when a pickup cut them off closely. The man and his wife on the motorcycle followed the pickup a short ways and then both pulled over. The driver of the pickup came out with a big knife.
Did the offended man on the motorcycle decide this confrontation wasn’t worth it at that point? Did he think that it would suck for his wife to watch him get gutted like a fish? No. Who’s the big tough guy who wants to face off with a guy with a knife? Who keeps taking baby steps TOWARDS an angry man with a knife, basically challenging the man with the knife to do something? Who actually is the aggressor here?
When the angry man with a knife swings the knife in an arc and then stays in one place, NOT aggressively advancing and continuing to stab and slash, I feel his act was defensive to get the motorcycle rider to back off, NOT an actual attempt to attack or hurt anyone.
But the motorcycle rider got what he was looking for, an excuse to pull his gun. Fortunately he did not pull the trigger.
When you are legally authorized to carry a concealed weapon, it is absolutely critical that YOU do not deliberately put yourself in harms way, and do NOT create and escalate situations.
Many years ago I heard my buddy get called to a road rage incident where someone was holding another person at gun point. When I met up with him later he told me that he ended up arresting the man with the gun because witnesses came forward to point him out as the aggressor, and had been following the other driver. When the other driver finally pulled over and stepped out of his car with a bat, the aggressor pulled out a gun and tried to claim self defense.
This road rage incident was avoidable across the board.
To summarize some teaching/training points from this Florida incident:
1] Expect other drivers to do stupid, unsafe things
2] Do not allow yourself to get offended by another driver
3] Do not react, respond or follow the other driver
4] Drive around the block or take another route to create distance between you and another driver
5] If you are a lawful handgun carrier, YOU must AVOID confrontatation!!
#deescalationtip #deescalationtechnique #deescalation #deescalationtraining
More articles on conflict de-escalation
Please follow and like us: