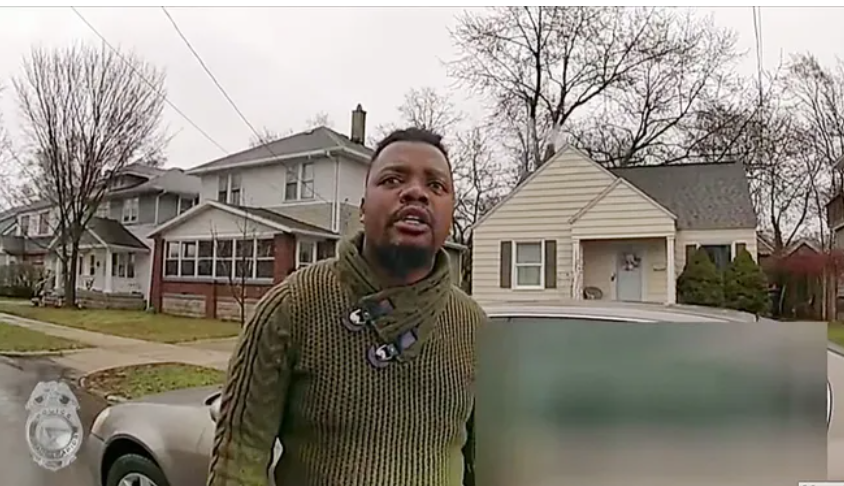 Do “De-escalation” efforts always work? Absolutely NOT! There is NO such thing as a single word or phrase, some magical word or phrase, that will just “de-escalate” a person or situation! Yet the general public continues to convince itself, fueled and reinforced by social media and the public media, that there is!

On April 4th, 2022, in Grand Rapids, MI,  there was a tragic officer involved shooting and Patrick Lyoya lost his life.  The usual haters came out of the woodwork to blame the police officer for not doing enough to “de-escalate” the situation.  So called “use of force experts” condemn the actions of the officer, yet their “expert” background consists of years spent simply researching and writing papers, pontificating and condemning, and NO actual experience in high intensity, confrontational, stressful situations where their lives could have been in danger.  For example, one common critique of the officer’s actions is condemning him for chasing after the driver once the driver resisted arrest and began to flee… Isn’t chasing “bad guys” a basic job description for ANY police officer on this planet???  Another common critique is that the officer “did not wait for back up”, and that’s an example of people not knowing the reality of actual police work, because your backup will always be minutes away, AND there are officers and deputies in very rural area where there is basically NO backup because of the time it would take for backup to get to them!  Which means, the officer needs to handle business on their own, UNTIL BACKUP DOES ARRIVE.   The public and media seem to believe that “waiting for backup” means just stopping and doing nothing.  This officer called for backup during the struggle and then had to continue fighting while waiting for them to arrive.

And now the toxicology report has come out, and it turns out Patrick Lyoya was over 3 times the legal limit to be driving a motor vehicle on the road here in Michigan.  The minimum BAC (Blood Alcohol Content) is .08%, like pretty much every state in the Union, and Patrick Lyoya’s BAC was .29%.  That he appears “sober” in the officer’s body cam shows that he is a functioning alcoholic, his body has developed a tolerance for that much alcohol in his system.  Science has shown that it only takes about .03% to start affecting a human being, and yes, body weight, natural personal metabolism, meals, medication, and a whole host of things will affect each person individually and slightly differently, but the rule of thumb is that is only takes .03% to start affecting a human being.  The very first thing to be affected?   Judgement.  As a drivers ed instructor, I know this is what we are teaching teens about the dangers of drinking and driving.  I have arrested drunk drivers whose BAC was around .12 or so and they could barely stand up and had slurred speech.

Do “De-escalation” efforts always work? Absolutely NOT!  Especially when the person is intoxicated and over 3 times the legal limit!  But the public will continue to blame the officer for not “de-escalating” the situation.  There will be times when it will be extremely challenging to pretty much impossible to successfully and effectively de-escalate a person or situation, and those times are:

In this sad, tragic incident, an intoxicated driver, whose judgement and decision making abilities are further affected by the amount of alcohol he consumed, chose to physically resist lawful authority.  The officer is legally obligated to make an attempt to detain the driver because it’s his job, and can be heard on his body cam saying 7 to 8 times, “Stop!”.  Had Patrick Lyoya simply stopped, and surrendered to lawful authority, like his record shows he has done so in the past, the officer would not have found himself in a situation where he believed he was in danger of great bodily harm or death.