2 misconceptions from the tragic OIS in Grand Rapids 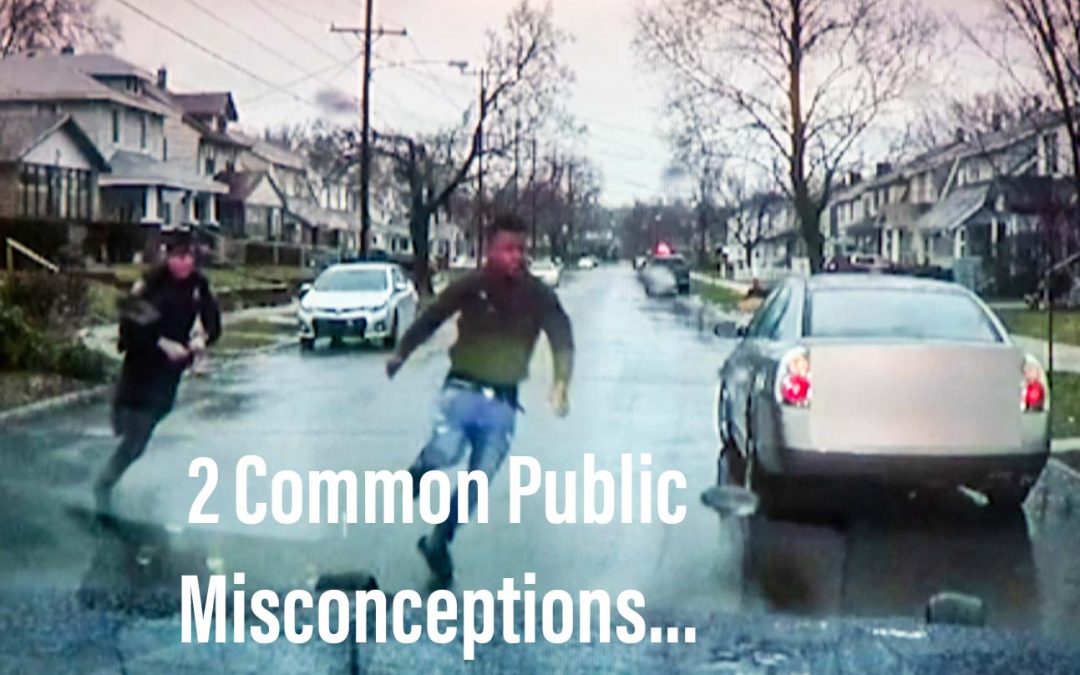 2 misconceptions from the tragic OIS in Grand Rapids.

A point that I make in my training seminars is that there is an absolute lack of understanding by the public of what “de-escalation” really is, and what de-escalation efforts looks and sounds like.
Since the tragic OIS in Grand Rapids, MI, once again social media “experts” and the media are spewing all their ignorance with big sounding words and phrases to give themselves a sense of credibility to those who don’t know enough to not just blindly follow along with the popular narrative.
I want to respond to 2 common comments out there –
1) “Shooting someone is not de-escalation” – That is correct… When you get to the point where shots are being fired, you are WAAAAAY past the point of “de-escalation”. Social media and the public media are focusing on the moment of the shot being fired and ignoring the clearly obvious frantic, and then desperate, attempts of the officer to de-escalate and maintain control of the situation.
The officer is clearly heard telling the driver to “stop” a total of about 7 times. The officer is clearly heard telling the driver to “Stop resisting” once, and then clearly heard telling the driver to “Let go of the Taser” twice. At ANY of those points, had the driver simply stopped and civilly surrendered to lawful authority as any good civic minded citizen would do (and as THOUSANDS do on a daily and nightly basis without any problems) the officer would not have been put in a situation where he felt he had to choose to use his duty weapon.
I also want to point out and emphasize that the officer’s attempt to use his Taser is an obvious effort on his part to use NON LETHAL force.
2) The driver looked confused, was an immigrant, did not know the English language – The driver clearly understood the question, when asked for the 2nd or 3rd time, “Do you have a license?”. The driver responded, “Yes”.
The driver clearly understood when asked, “Where is it?”, because he responded, “In the car”.
Note that the officer’s tone of voice and attitude at this moment seems completely casual, no stress, as he simply instructs the driver, “Go get it for me”, and at the moment the driver goes and opens the car door, acting as if he is going to “go get” his drivers license. What about that exchange would convince anyone that the driver does NOT understand the English language? And so I have a strong feeling that the driver also understood the word “Stop”, the phrase “Stop resisting”, and the phrase “Let go of the Taser”.
2 misconceptions from the tragic OIS in Grand Rapids.  I point out and emphasize in my seminars that there are no magic words or phrases that will just “de-escalate” a person or situation. The other person MUST be able to allow themselves to be de-escalated, and in this tragic incident was a man who clearly did not want to de-escalate, though that officer frantically, then desperately tried very hard to.
Click here for more articles on Conflict De-escalation, tips and techniques
#policetraining #lawenforcementtraining
#deescalate #deescalation #deescalationtraining
Please follow and like us: