A tale of 2 church parking lots 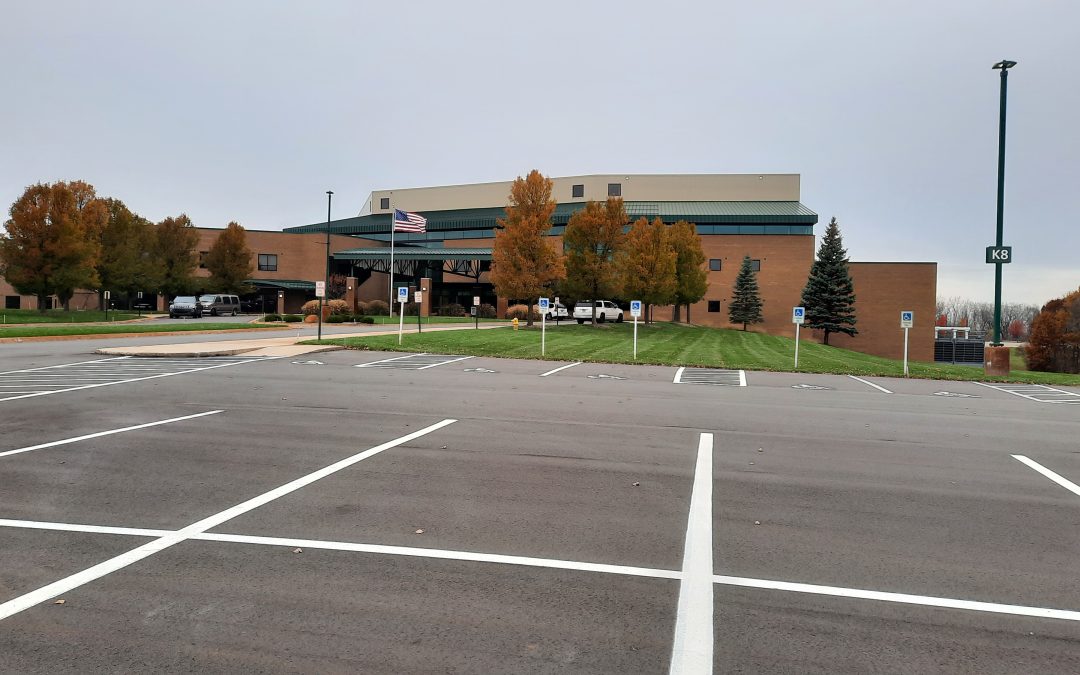 A tale of 2 church parking lots.

I was recently contacted by the church security leader of a church my team and I had trained with earlier in 2021. He wanted to share with me how they had an incident in their parking lot with an agitated person that almost went off the rails, but it ended peacefully when one of the church security personnel on scene used what he learned in our training seminar. And then at my own church on Sunday November 14th, there was a little incident in the parking lot with an agitated person that also ended peacefully, but the contrast in how both situations were handled highlight the critical importance of HOW you approach and make contact with a person, especially if you know they are already agitated and stressed, and how you engage with that person during the contact to ensure a higher probability that the situation ends peacefully.

In the first incident at Church #1, church security had been informed that a certain man was no longer welcome on the church property, and that they were to call the police when and if they see him on the property again. Just before an evening service, the man was spotted sitting in his vehicle on the property, in a parking spot not far from the church entrance. 2 church personnel walk out to make contact with the man and remind him that he is not welcome on church property anymore. Within 4-5 minutes, 5 other church security had gathered around the man, creating a semi circle around him, some fell back on their default defensive posture and assumed an arms crossed, “strong” stance with feet shoulder width apart and squared off on the man. On the security video, one of the church security personnel started to cross his arms but you can see him catch himself, and he changes his body stance and language, and hooks his thumbs in his pants pockets. He is able to get the man’s attention and for a few moments is the main communicator with the man, the others just standing around basically crowded around the man.

The man is engaged with the security guy, they are talking, and there appears to be a connection, a rapport that is so critical for effective de-escalation. There is no sign of any additional stress or drama for a few moments until another man from the office steps up to join the crowd. He apparently had prior interaction with the man, and he begins to say things to the man that clearly on video can be seen to almost immediately agitate the man and within moments the unwelcomed man is gesturing angrily, pointing at the office man, body leaning towards the office man in an intimidating manner, even took about 2 steps towards the office man. The office man also points and gestures back at the man and for a few moments it appears this situation is going to end in physical violence. The crowd maintain their “strong” stance and appearance, with arms crossed or on their hip despite having gone through my training seminar. They later admitted that they didn’t take a moment to consider HOW to make contact with the man, they just went out and did it, and ended up doing what felt “normal”.

The one security guy is able to get the man’s attention back, they talk for a few moments, and the man then decides to drive away on his own. The whole contact from initial contact with the man to him driving away was 19 minutes.

What ended up successfully and effectively de-escalating the situation was the one security guard being able to engage with the man, he assumed a non confrontational, nonaggressive, non intimidating body posture, and he was careful with his words and his tone of voice. The security guy was able to “connect” with the man, and talk him into leaving on his own before police arrived. By the way, during the interaction with the man, people in the crowd assumed that someone in the office was going to call the police, and people in the office assumed that someone in church security in the parking lot was going to call the police. If the police need to be called, YOU make that call, do NOT assume someone else will! And, even if other people call the police, it adds to the credibility of the call by having multiple calls on it!

Avoid crowding around a person, avoid giving the impression that he/she is being ganged up on! That can make a person feel like they are trapped in a corner and bring out stress and fear-aggression! In this situation, the incident happened a few steps away from his car, but had he been approached and spoken to with his back against his car there is no telling how this situation could have ended… Though I have some ideas!

A large part of de-escalating a situation is knowing when YOU are not helping, and may even be part of the problem. The man who came out of the office who began to say things to the man that clearly agitated the man should NOT have come out to join the crowd. He should have stayed out of it, and once he began to say things the others should have quickly tried to get him to go back into the office and away from the situation as soon as they saw the effect he and his words were having on the man.

In the 2nd incident at church #2, my own church, security #1 was advised that there was some sort of disturbance going on out in the parking lot. Security #1 went outside and observed a man standing outside his car, yelling at people coming to church and playing music very loudly from his car. Security #1 calls it out over the radio and proceeds to approach and make contact with the man. When the man noticed he was being approached his quickly jumped into his car and firmly and emphatically told security #1, “Don’t touch me!”

Security #1 calmly tells the man that he is not there to touch anyone, just trying to figure out what is going on, and the man begins to talk, and explain that he is Jesus Christ. Meanwhile, security #2 and #3 have arrived to the area about the same time, and seeing that there is nothing “in progress”, and that security #1 seems to be having a calm conversation with the man at his car, security #3 tells #2 to go ahead and join #1 and that he would remain back to keep watch. Security #2 walks up and joins #1 in conversation with the man, and not long afterwards the man peacefully and calmly drives away on his own. The entire contact, from when security #1 walked up and made contact to when the man drove away, was roughly between 5 and 10 minutes, to about 15 minutes maximum.

Security #1 could see and hear the man yelling and shouting at people as they walked through the parking lot to the church building, could hear the loud music coming from the car, yet he correctly chose to NOT approach in any aggressive or confrontational manner. When the man jumped back into his car and emphatically said, “Don’t touch me!”, Security #1 stopped where he was at, some 15-20 feet away, raised both hands, palm out to the man, and calmly stated that he was not there to touch anyone, just trying to understand. When you give a person the opportunity to speak and share what is bothering them, you show them respect and dignity, and that has a powerful de-escalating effect.

Security #2 joined the conversation a few moments later, and was able to get the man’s name. When you can address someone by their name, it also shows respect and makes a person feel affirmed and validated by being addressed by name.

Security #3 stayed back, some 40 feet away or so, close enough to see what was going on and respond and react if necessary but far enough away that the man would not think he was “part of it” and far enough away to not give the man the impression that he was being crowded and “ganged up” on.

Church security is there to support the church mission, and troubled, broken people WILL come to church! Ministry mindedness is critically important!
Both situations happened in church parking lots with troubled men, one situation almost ending very badly but both ultimately ending peacefully by the effective use of good de-escalation tactics and skills. Church ministry and mission were preserved, the goal for any church safety security ministry.