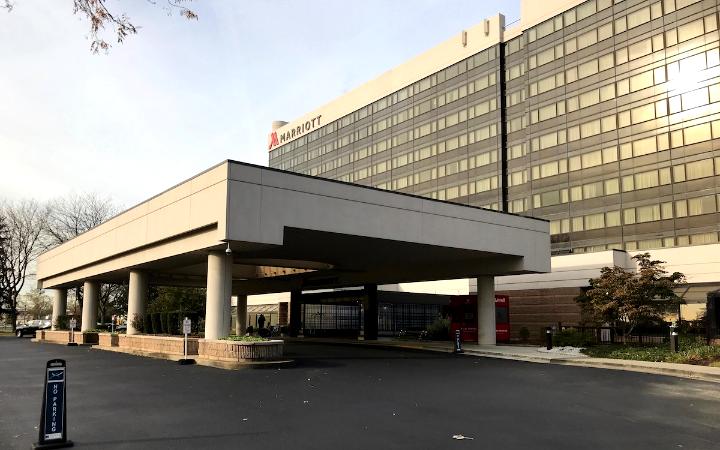 Mariott hotel staff member escalates situation in viral video.There is a recent viral tik tok video of a Mariott Hotel staff member loudly and firmly berating a young couple, and some are applauding the staffer for “putting those kids in their place”.
The staffer is identified in the original video as a security guard but may actually be the manager.
I agree in principal with “putting kids in their place”, however, based on my humble experience with dealing with young people who are loud, rude, and obnoxious, they do not just “calm down” and become timid when addressed the way this hotel staffer was addressing them, they actually become that much more animated and confrontational.

Here’s a link to the story and video

From what I can gather of the backstory, the kids were waiting for police, and were already upset about a situation with a parent when the hotel staffer engaged with them. People want to be treated with dignity and respect, and being sternly told by the staffer that nothing they, the kids, say at that moment means anything to him is not a great way to show empathy, compassion, dignity or respect. It was at this moment in the incident that I feel is when things began to go off the rails and go sideways.

Personally I feel the kids did a great job of trying to deescalate the situation, they used low, calm tones of voice, were not speaking in a confrontational, antagonistic, rude manner, body language was not aggressive, hostile or even defensive, AND THEN the young male even tried to walk AWAY… And this is where the staffer could have just let it go but because HE allowed himself to be sooo offended that the door slammed that he went AFTER the young man and became VERY antagonistic, threatening and confrontational, by words, tone of voice and body language. VERY unprofessional, losing self discipline and self awareness like that.

Mariott hotel staff member escalates situation in viral video.  For hotel staff, take a long, slow, deep breath, get that oxygen to your brain so that you can think under stress and avoid behaving like this gentleman.
For people dealing with someone like this staffer, as best you can, disengage and walk away and KEEP walking, don’t stop like this young man did, get away from someone who is unhinged!