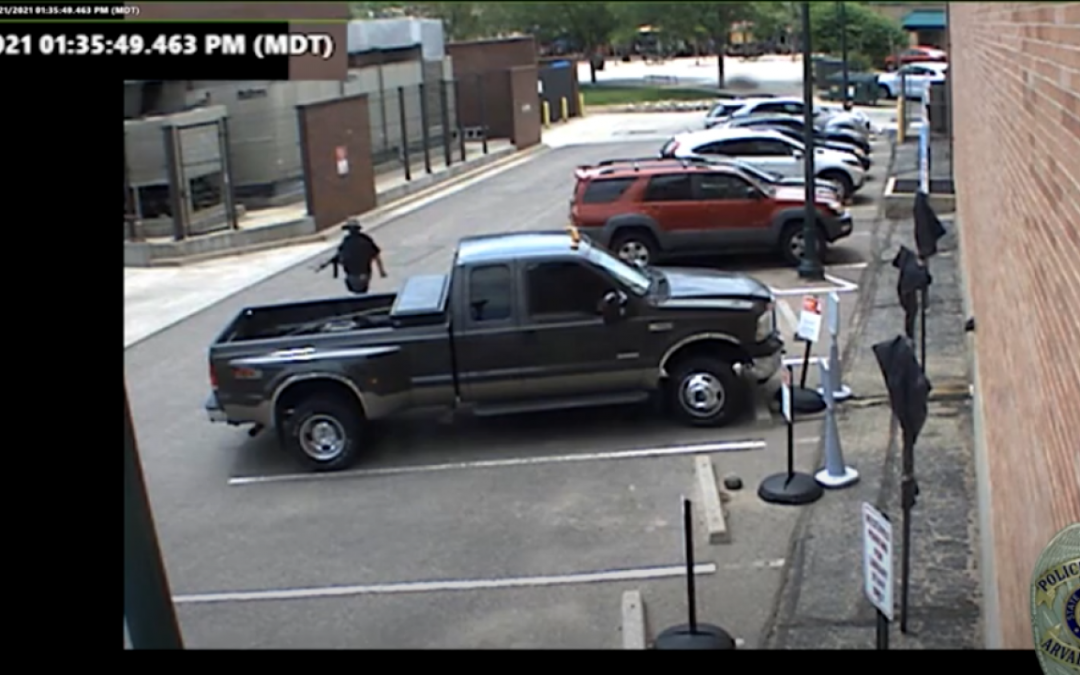 A tragic friendly fire incident between police and armed citizen highlights the dangers of those initial moments when police arrive on scene of a defensive shooting situation.  For years I have warned CPL holders and armed church personnel of the danger of a “friendly fire”, “blue on blue” or “green on green” situation when police arrive at a shooting scene at their church, that things happen VERY fast and fluid at a shooting scene when police initially arrive… And the MOST frequent response I received from civilians was, “There’s no data or evidence that such a thing has ever happened or can happen”, apparently ignoring or not being aware of incidents of police firing on undercover vice officers around the country (for as much as they think they know about all things shooting and so on). I last saw a response like that a few months ago on a church security Facebook page.

I would shake my head and not bother to argue, because whether there is data or not does NOT change the fact that the danger is there, and proper risk assessment MUST take into consideration such possibilities.
And now this tragic story highlights the risks and dangers when police initially arrive onto a shooting scene where a good guy is the only one standing with a gun. Unfortunately people will be divided and either blame the cop for “lack of training” or blame the civilian for being stupid, but we do not know if he was in the process of removing the rifle from the vicinity of the bad guy and unfortunately made the choice to pick it up instead of kicking it away as the responding officer arrived.

I wasn’t there, nor were any of you, but I do know from experience that these are very dynamic, fluid situations with a lot of stress and there are some things that civilians can do and be aware of to mitigate being hurt after being involved in a defensive shooting incident.
Taking the news article at face value, here are some initial lesson points for civilians after the shooting stops-

First – PUT THE GUN DOWN if you prefer not to be man-handled by responding officers as they seek to remove the weapon from you and secure and tag it for evidence. I believe officers will prefer to SEE the weapon on the ground, that way in that moment they KNOW it is not in someone’s hands or concealed on someone’s person. You can help begin the de-escalation process of everyone’s stress level by not having a weapon visible in your hands!

Second – Take slow, deep breaths to control your anxiety and stress because you will certainly feel stress after the shooting and once police arrive on scene and initially handcuff you. Stay calm to avoid saying or doing something that may escalate the situation! The police at that moment do not know you are the “good guy”, they only know that you shot someone and are going to secure you as a suspect/evidence/witness.

Third – For church security personnel, consider having some sort of clothing marker that will indicate you are church staff/volunteer and a “good guy”, such as a brightly colored sash that you can pull on after an incident.

Fourth – Give an initial statement to police to help them understand what happened, THEN if you want to shut up and have an attorney, do it! If you clam up immediately, your time in cuffs, custody and treatment as a suspect will be prolonged.

Fifth – You do NOT have to, nor are you legally obligated to, go “secure” the bad guy or the scene after a defensive shooting! You do NOT have to go check on the bad guy, or go remove their weapon or anything like that!!! Seek cover and concealment as the smoke clears and prepare to meet and greet the responding officers. I think this is where the victim in this situation may have goofed.An absolutely horrific, tragic situation and my heart breaks for the officer who will have to live with the fact that he/she killed an innocent, honest-to-God good guy who had actually saved the day.

A tragic friendly fire incident between police and armed citizen highlights the dangers of those initial moments when police arrive on scene of a defensive shooting situation.

Click here for the news story on this tragic incident

Click here for another news story on this tragic incident