It’s your right but is it the RIGHT thing to do? And the right place? 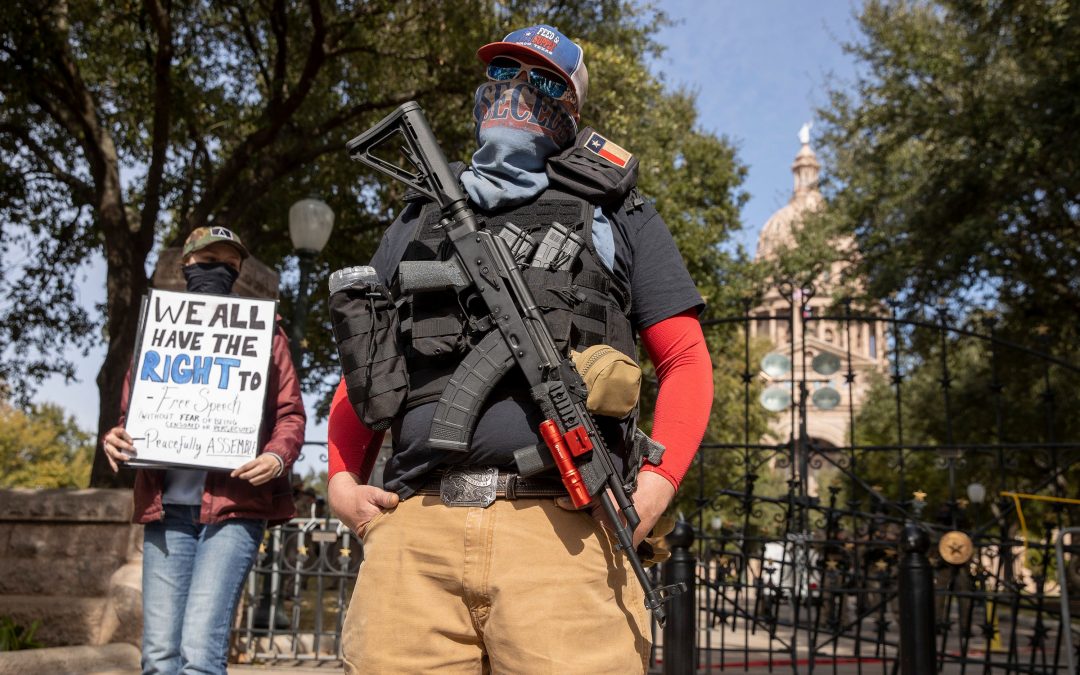 It’s your right but is it the RIGHT thing to do? And the right place?

I believe in the right to have gun, but because of that right I am a FIRM believer in RESPONSIBLE gun ownership!! To me, responsible gun ownership is making sure a person is as proficient and as efficient with that self defense/hunting tool as they possibly can…AND demonstrating sound, solid, critical thinking skills, such as knowing better than to take it upon themselves to do a “2nd amendment audit”, dressed in camo, weapons strapped all over themselves, and then go walk around a school.

With all the mass shootings in the last 6 months, that this knucklehead apparently thought it was actually a good idea to do what he did is frightening, and very disappointing as it does much more to give the other side cause to yell that much louder about “gun control”. If you want to open carry, and it is legal to do so in your State and jurisdiction, go ahead and do so. BUT actually take a moment to THINK about WHERE you want to exercise your right to open carry!!! It isn’t about YOU and YOUR right to open carry, it’s about consideration for others around you and the very real drama you are going to create by walking around a school openly carrying guns!!

A very similar situation happened here in Grand Rapids right after I retired in 2015, a knucklehead openly carried guns around a school, and then filed a federal lawsuit for being stopped and questioned by police. As I recall, the lawsuit was thrown out, but it tied up a lot of people and time and effort. Apparently these people are so blinded by their own right to open carry that they conveniently forget that there are laws in place to MAKE SURE they are authorized to have a weapon in the first place!! So of course the police are going to stop you and ask for ID to confirm you are at least not a felon in possession of weapon!

It’s your right but is it the RIGHT thing to do?  And the right place?  Walking around openly carrying to do a “2nd amendment audit” is a great example of someone who has an agenda, and who is out looking for a confrontation, even at the risk of great bodily harm or death to themselves (IF they even considered the actual risks!) This is an example of doing something that will create and escalate a situation. From a conflict de-escalation stand point, this activity is bad and frowned upon, I do not encourage it at all.

For myself, ever since that incident here in Grand Rapids involving my former colleagues, I have war gamed in my head what I would do if I was driving by or was at a location that is considered a gun free zone, and I observed such a person walking up… I can not say that I would just consider them a passionate gun owner who is just doing a “2nd amendment audit” of the area… I’m afraid I may go and engage that person, convinced that I would be preventing an active shooter/mass shooting incident.