You go to training but are you “trainable”? What’s your attitude? 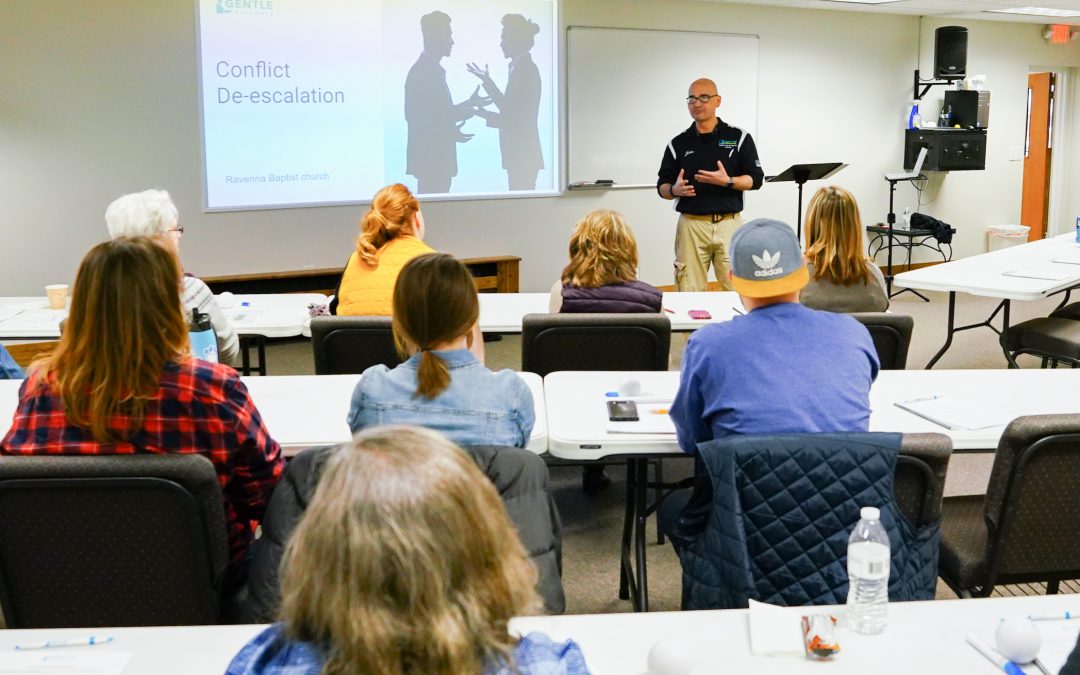 You go to training but are you “trainable”? What is your attitude? Your mindset?  Do you already “know it all”?

I was in the Army as an infantryman, and we would be out in the field pretty regularly to train, we’d play war games, and we’d go out to the ranges for live fire exercises.  And it never failed, in the last weeks leading up for us deploying to the field for a few weeks at a time there would be a lot of complaining, whining and bitching.  But it also never failed, that once we were out there, we all just “got into it”.  Maybe it was more about figuring that we were out there no matter what so we just grudgingly accepted it and moved on.  After all, no one forced us to sign on the dotted line and enlist in the first place!  That was why I signed up to be an infantryman in the first place, to go out and “play guns”, so I always enjoyed the challenge of patrolling with my squad, large unit maneuvers and so on, especially operations at night, which I found to be the most challenging and personally rewarding.  There were a few guys who just whined and complained about everything, all the time, and in my opinion their tour of duty was miserable by their own doing and attitude. You go to training but are you “trainable”?

As a police officer, we had annual training and refresher classes and courses.  We’d go to the range and re-qualify with our duty weapon, go over handcuffing and use of force, first aid, and so on.  And there were people who whined, complained and bitched, just like the Army.  I certainly did some whining, sometimes I just didn’t “feel like it”, but my attitude about training was very “different” as a police officer, because I knew that those skill sets were things I needed at a moments notice as a police officer.  I trained to use those skills almost immediately, whereas in the Army I trained for a “possible” war (though I did deploy to Desert Storm and took training after that a bit more seriously!)  And through out my 20 year career as a police officer I just never understood the really negative attitude some police officers had about annual training and refreshers, especially when it came to firearms and first aid training.  Yes, there are actually people out there who whine, cry and bitch about going to the range to shoot bullets, even though THEIR life may depend on it!!!  I made a mental note of who they were, so that I would be that much more alert when on a call with them.  When there was open range time for us to take advantage of, I was one of only a handful of a 300 person department that would take advantage of it, and go out there and work on being that much more proficient and efficient with my duty weapon.  And just like while in the Army, I always got “into it” once the training began!

Every where you go, there will be people who whine, complain and bitch, but the people you need to be aware of are those who have an attitude that they do not NEED the training.  They have an attitude of superiority and over blown sense of self confidence.  They often times also have strong, outgoing personality that can “overwhelm” others around them.  They are going to do or say something that will escalate a situation.  I have seen it happen. You go to training but are you “trainable”?  What’s your attitude?

That attitude is what my team and I are looking for when we train with groups of people from different organizations.  Our scenarios are very dynamic and realistic, and we always affirm and validate what people do correctly because we want them to keep doing those things!  During the critique phase my instructors also go through what can done differently, all based on best practices, our own decades of experience and training.  It is during the critique phase that we will note some people who “know it all”.  They are often argumentative, correct others (even if the other person is sharing a personal experience), condescending and have a huge ego.  Despite having NO, or very little, similar training or experience as my team and I, these people will make a point that they disagree with our assessment and training.  And my team and I have 140 years of actual street level experience in dealing with some very volatile, confrontational situations, a lot of times with people who were trying to hurt us!

A “know it all” person such as this is not a benefit to your team, and can be very divisive, and de-moralizing.  There is a higher chance that they will drag you and your organization into a bad situation.  You can always fire them after they mishandle a situation, but YOU will be left to clean up the mess, to re-establish your credibility and professional image.  About once a year my team and I will run into such a person while training with an organization, and I always send an email to the supervisor to alert them, to be aware that if their organization finds itself with a situation involving a certain person, to be aware that it is very possible it was their person who escalated the situation.

With one church organization, there was a guy who spent a number of years in the military and served a few tours of duty in Iraq and Afghanistan.  I had first noted his body language and “attitude” during my lecture presentation, and then the supervisor approached me and asked me to let him know how this person performed in the scenarios.  I did not tell my instructors about him, and later when I debriefed with my team they ALL commented about this one person’s “know it all attitude”, he was argumentative with all my instructors, and he made sure he mentioned that how many years he spent in the military and how many tours he had done.  This person was later removed from his position because no one had any faith or confidence in him in any way… AND I’m sure they were sick of hearing how many years he’d been in the military and how many tours he had done!

At another organization, during the debrief and critique phase at one scenario, myself and the instructor were sharing that we would have handled that particular scenario very differently and explained why.  The student we were addressing listened and then calmly and confidently spoke up and said that he’d do it the same way again, and he explained himself. It was not these exact words but his attitude was clear – He believes his way is the right way.  My instructor and I, between us, have over 50 years of actual experience and had experienced very similar situations as that particular scenario, and we just shook our heads and sent this person onto the next scenario.  After all, we are not going to be the ones trying to convince a judge and jury that we did it right or at least tried to.  I also sent that supervisor an email pointing out that that this particular person caught our attention with his attitude.

It turns out that there is actually a “thing” about people who are overly self confident, think they can “do it”, and that they “know it”.  I use to just think these people were just “smart asses” but this phenomena is known as the “Dunning-Kruger effect”.  I happened to read about it in my latest issue of Concealed Carry, from the USCCA (usconcealedcarry.com).  A 1999 study by 2 psychologists who wanted to understand how some people can be convinced that they can perform at a level greater than they actually can.  Some people are convinced that they can accomplish certain tasks even though they have no experience or training.  They just do not know what they do not know, and then get defensive when they are questioned or challenged or shown to be wrong.