15 seconds to escalate situation and throw away illustrious career 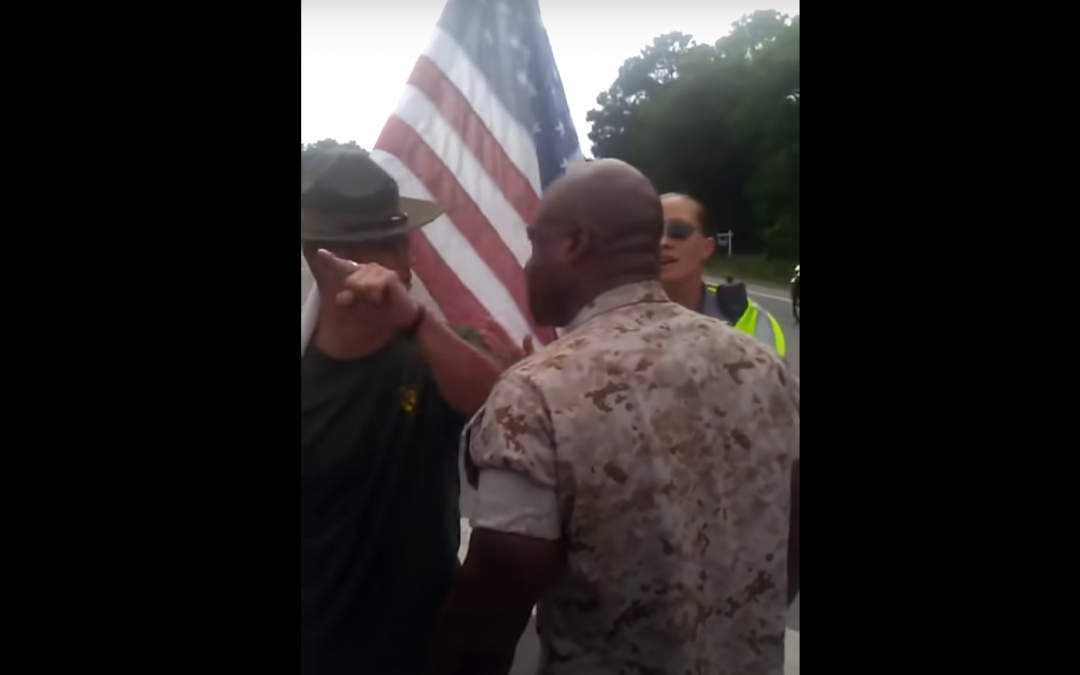 You spend 26 years of your life in the Marine Corps, crawl your way to the top, you’ve made it, and it only takes 15 seconds to escalate a situation and throw away an illustrious career.

There is a video on Youtube from 2014 showing a Marine Command Sergeant Major (CSM) confronting a protestor outside the Marine Corps Recruit Depot at Parris Island, South Carolina.  It’s a 31 second video, click HERE to see it.

It’s a sad, disappointing video to watch, and even though I agree with the CSM with his thoughts and feelings, it’s another dramatic example of why it is so critical that you maintain self control and self discipline to avoid having your feelings get you sucked into a situation where YOU end up saying or doing something that will actually escalate the situation!  The CSM could have just driven onto work, but he chose to let his sense of offense get the better of him, and he chose to stop his vehicle and go confront a protestor for basically just wearing a hat.  Again, I agree with the CSM, but in the end it is just a hat.

Although the CSM would later say in an interview that he felt that he maintained self control, that he never “touched” the other guy, that he never had his hands come up above his waist, it is obvious from the video that he was in enough control to make as much effort as possible to look as threatening, as menacing and as confrontational as possible by his stance and body posture.  He kept taking small steps to encroach into the other man’s space until he was inches from the man’s face where he even said in his interview that he felt the other man’s spit on his face.  The CSM put himself there, that close, to the other man’s face.  Because the other man was a former Marine, he was not intimidated by this show of manhood by the CSM, and because the CSM wanted, and was looking for, some sign of “submission”, he kept up his performance which only made him look totally like the aggressor in this situation.  The other man just stood there holding a US flag. 15 seconds to escalate a situation and throw away an illustrious career.

People who take the time and effort to exercise their right to protest ANYTHING in public most likely believe very strongly in what they are doing and why.  So there is going to be a higher possibility of a confrontation when they come into contact with an opposing view, thought, or idea.  To make the decision to step forward and make contact with a protestor who is in the act of protesting is a huge step in very possibly ESCALATING the situation because the protestor may be looking for, and welcome, such an incident!!!  AND there is a higher possibility that their friends are waiting for such a situation so that they can record it for social media and public media, just as what happened in this case with the Marine CSM.

Take a deep breath, slow yourself down, do NOT let your emotions and sense of offense suck you into a situation where YOU end up saying or doing something that escalates the situation!  You spend 26 years of your life in the Marine Corps, crawl your way to the top, you’ve made it, and it only takes 15 seconds to escalate a situation and throw away an illustrious career.