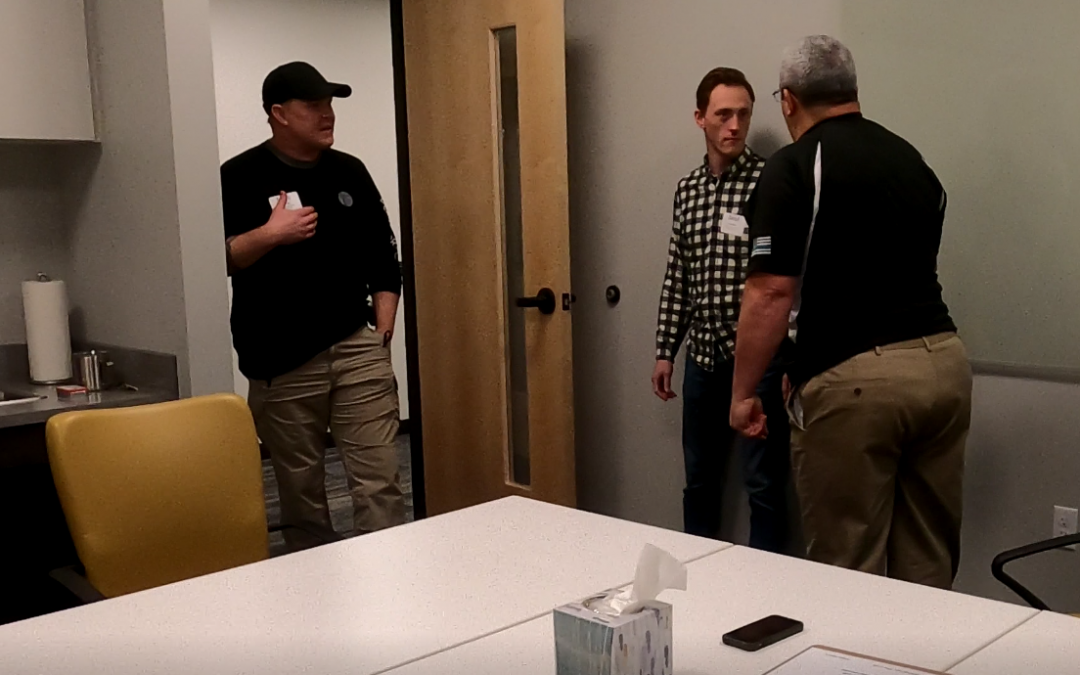 A gentleman was telling me about an experience he had: He had observed a man that he was convinced was taking photos and videos of children at an outdoor area, so he approached the man and asked (or maybe actually demanded) to see the man’s phone.  The man refused to turn it over, so the gentleman TAKES the phone from him and keeps it away from the man as he goes through and deletes images before handing it back.  After the gentleman finished telling me his story I told him that he admitted 3 things that can be proved against him court – 1) By his own admission (and maybe other witnesses in the area saw this) he assaulted another person, 2) By his own admission, and also most likely observed by other witnesses, he took another person’s property from them without authority which is a larceny, and 3) By his own admission he destroyed another person’s creative and intellectual property by deleting image files.  What potential “evidence” there was is now gone forever because they were deleted, so… Basically the gentleman telling me his story would be arrested and charged with crimes.  It worked out because the other person did not call the police in this case.

You can NOT just go up to someone and confront them just because you have convinced themselves that they are up to no good, because you could be WRONG!  Slow down!! Take a slow, deep breath and REALLY assess the situation and yourself!  What if the man was there because his child was dying in the hospital and asked to see photos and videos of his friends playing at the park like they all use to?  The man does NOT have to explain anything to you.  Are you trained and equipped to be dealing with pedophiles and criminals who may become very violent in an effort to protect themselves and flee?  You have every right to approach and strike up a conversation with the person and express your concerns.  HOW you approach a person is key because if you approach them with an angry expression and aggressive body language in the way you walk towards them, in the way you are holding your shoulders and so on, you are most likely already escalating the situation even before a word is spoken.  Imagine yourself in an area minding your own business and you notice a person coming towards you and they seem angry and confrontational, how do you react and respond?  You get an adrenaline rush and you automatically become defensive, even before single word is spoken.

Slow down, take a slow, deep breath, and really assess the situation.  If you are that concerned, call 911 and stay on the phone to provided updated information as the situation evolves, such as the person is now “getting into a gray 4 door and going East on Main street”.  The Police have the tools and training to properly investigate, let them do their job.  Don’t allow yourself to lose self control and react emotionally and delete and destroy potential “evidence”!  Don’t put yourself in danger, what if the person IS a criminal, and while you are looking down at their phone to delete things, they pull out a gun and pop you in the back of the head?

You have the right to go home safe to YOUR family, and they are expecting you to do so, not be out trying to save the world!  You mean well, we all should be trying to protect children from predators, BUT slow down, take a deep breath and do NOT assume something evil is amiss, and don’t let yourself get sucked into a situation you are not training, equipped or prepared for.  You will only escalate things and make it worse.