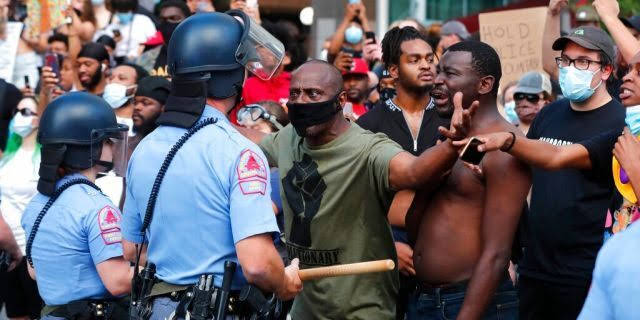 Common basic body language in confrontational situations, it’s automatic and primal, it didn’t need to be taught to any human being, it just manifests itself when a person is agitated and stressed. Studies have shown that there are some universal body language postures and expressions, common in people in well developed modern cities to people in remote, very isolated jungle tribes.  One common facial expression in all human beings on this planet is the smile to show joy and happiness.  The other common expression is the intense stare and furrowed eye brows to indicate aggression and “attack mode”.

We see common, basic posturing in the animal kingdom, animals will raise the fur on their back, birds will spread their feathers, the cobra snake will flatten a number of its ribs, all in an effort to look larger, meaner, stronger than its opponent.  All animals on Earth have some sort of body language and posturing for one reason or another, whether to defend itself, or threaten another, or attract a mate.  The human animal is no different.

In the title photo above you see a very angry man confronting a police officer.  Obviously some sort of demonstration and protest, and the police are there in an effort to minimize destruction of property.  The angry man is displaying all the common, basic body language of a person in a highly agitated, stressed, confrontational state.  He has the intense focused stare, his arms are spread out wide to appear larger and more threatening, and no doubt his words and tone of voice are loud, confrontational and taunting.  This confrontational body language can be found in pretty much every situation among human beings where one person is very angry at another person.  Even in situations where it may just be a minor argument, there will still be some body language indicators and postures.  The human animal can not help but demonstrate these postures and it takes discipline and self awareness to fight it.  But it can be done!

Note the body language of the police officers, who are in no doubt stressed at the thought of getting into a physical confrontation will anyone is such a large angry crowd.  But they are disciplined and have assumed a non-aggressive, non-confrontational body posture in an effort to not escalate the situation.  There’s no de-escalating at this point with a crowd like that, you just want to avoid escalating it!  The police officers also have their batons at a low ready position, ready to react and respond if neccessary but not positioned in an aggressive manner, such as over the shoulder as if ready to swing it around like a bat at someone.

There are common, basic body language in confrontational situations and once you begin to notice and recognize them, you can more effectively assess the person and situation and determine how to proceed, and you’ll be more likely to successfully defuse and de-escalate the situation.

For more tips and comments on how conflict de-escalation skills may have made a difference- http://gentle-response.com/articles/