Are YOU escalating a situation on principle? 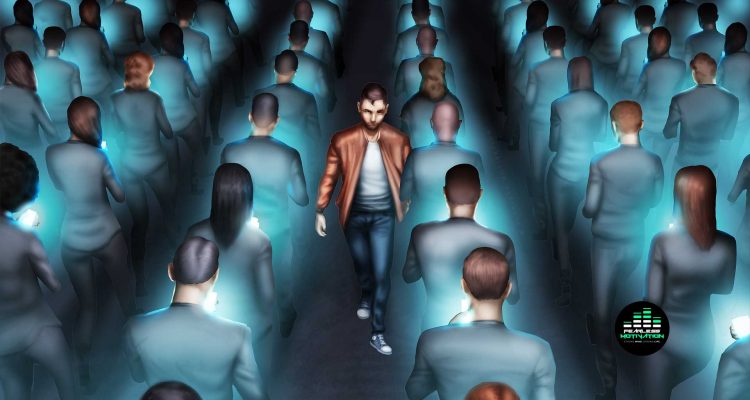 I recently saw a short video on Linkedin where a Trump supporter was at a Bernie Sanders’ rally, waving a big Trump flag. He was approached by a security guard who told him to leave the area, but the man refused, then the security tried to grab the flag and there was a short wrestling match over the flag and the security guard fell. Everyone was up in arms over the incident… Which absolutely, totally could have been prevented and avoided. There are several things the security guard could have done differently, but it was the man and his flag who set the scene and started the ball rolling towards confrontation. I point the finger at him for being totally responsible for creating and escalating a situation.

One major tenet of effective conflict de-escalation is to have the discipline and awareness to recognize when YOU are not helping the situation, and are either part of or ARE the problem! I’m NOT saying that going about your business while wearing a t-shirt or ball cap or having a bumper sticker with your favorite team, or slogan or political party is offensive, I’m saying that choosing to go to a specific location and event wearing that t-shirt or ball cap or waving banners and signs at a place where there is a high chance of a negative emotional response to YOU is irresponsible, foolhardy and dangerous.

We do have the right to free speech, but I have experienced and observed people who will deliberately say some very inflammatory, offensive, antagonistic things because they have “the right” to express how they feel or what they think. Unfortunately, it seems that no one is taught to respect others’ difference of opinions or beliefs anymore, or how to properly express a difference of opinion without being rude and obnoxious. There are good people out there who honestly are not aware that things they do or say can escalate a situation, I’ve seen it both in life and in my training seminars, but when a person chooses to deliberately go do or say something that will most likely create a strong, opposing, negative emotional response, THAT is just downright, thoroughly wrong. Are YOU escalating a situation on principle?

To effectively de-escalate a situation and prevent it from becoming a violent critical incident, one must CARE enough and WANT to avoid such a confrontation. If you are the type of person who strongly feels that you must have the last word, or has to “win”, or get your point across, or that it’s your “duty” to show the other person how wrong they are, YOU are going to struggle with successfully and effectively de-escalating a situation. I have seen it time and time again. When you come upon a situation where the person you are interacting with has a difference of opinion on what ever issue, YOU need to have the self awareness and discipline to recognize that the conversation is going in a direction that can potentially become emotionally charged for both of you. I observed 2 men get into a tense, heated argument right AFTER going through one of my training seminars about 2 years ago! They got into an argument over carrying weapons in church and the training that goes with it, and it was a classic example of how easy it can be to find yourself in an argument over something you feel strongly about and you start to react emotionally to what the other person is saying! Both men were very strong in their opinions, they really locked horns. I was able to speak to both of them later, and they both acknowledged how ridiculous it was to have found themselves in such a situation right after going through the de-escalation training seminar! I simply asked them if they could see, looking back, where both of them could have simply agreed to disagree and disengaged?

Are YOU escalating a situation on principle? Because if you are, I believe you are not a safe person to be around.

For more comments and tips on conflict de-escalation – Click HERE