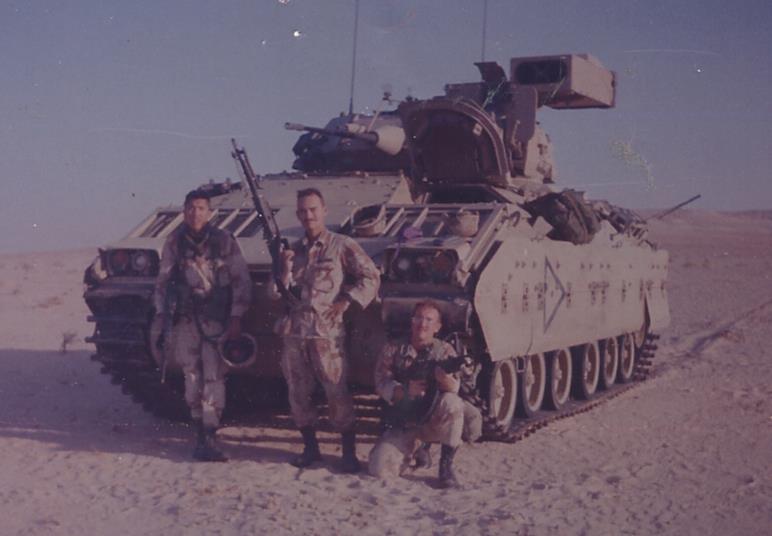 This is applicable to everyone, but with a special emphasis for church security personnel –
First, let me say that I am a proud US Army veteran, 7 years in the infantry, and a Desert Storm veteran. A gentleman at Men’s breakfast on Tuesday made a comment about an incident here in Grand Rapids, MI, that showed a great deal of misunderstanding and potentially misguided trust and complacency towards anyone who claims to be a military veteran.

In Nov 2018 a man made it past secured areas at a hospital to the helipad at the top of the building, where he started a fire, and then even pulled the fire alarm. He was arrested for trespassing and then turned over to ICE, which held him for deportation until discovering he is a US citizen and USMC combat veteran. All that caused a major news story about racism and blah blah blah, and there are people who are convinced that as soon as the man was identified as a US citizen and veteran that he should have been let go. The man at men’s breakfast Tuesday, a veteran himself and helping other veterans, during a conversation shook his head and made a comment about the incident and commented that the man should have been released and handled very differently because “the police knew he was a US citizen and a vet”… And this is where the danger in that type of thinking comes in…

First, the subject had made his way past secured areas to the helipad at the top of the building and set a fire, let’s not forget that. He was also not cooperative with police when arrested. Knowing just and only that, those of us who are police officers and veterans also recall that Timothy McVeigh was an Army/Desert storm vet, and he blew up the building in Oklahoma in 1995, Maj Nidal Hasan born and raised in the US, was an active duty Army Major when he killed 13 people at Fort Hood in 2009, and then Dionisio Garza III, Army vet, went on shooting rampage in Houston in 2016, then Ian David Long, USMC vet, goes on shooting rampage in Nov 2018 (same time as our incident in Grand Rapids) killing 12 people at a bar. I could go on and on…

And I strongly encourage all of you to continue to handle things cautiously, do not let your guard down just because someone claims to be a veteran. Don’t forget that the devil will use a wolf in sheep’s clothing to get close to flock. There are veterans who absolutely deserve recognition and our thanks, but please remain vigilant to those who would take advantage of that and try to get your guard down.

For more Conflict De-escalation tips and comments, click this link