Police are doing the best they can to improve public relations, and are sandbagged 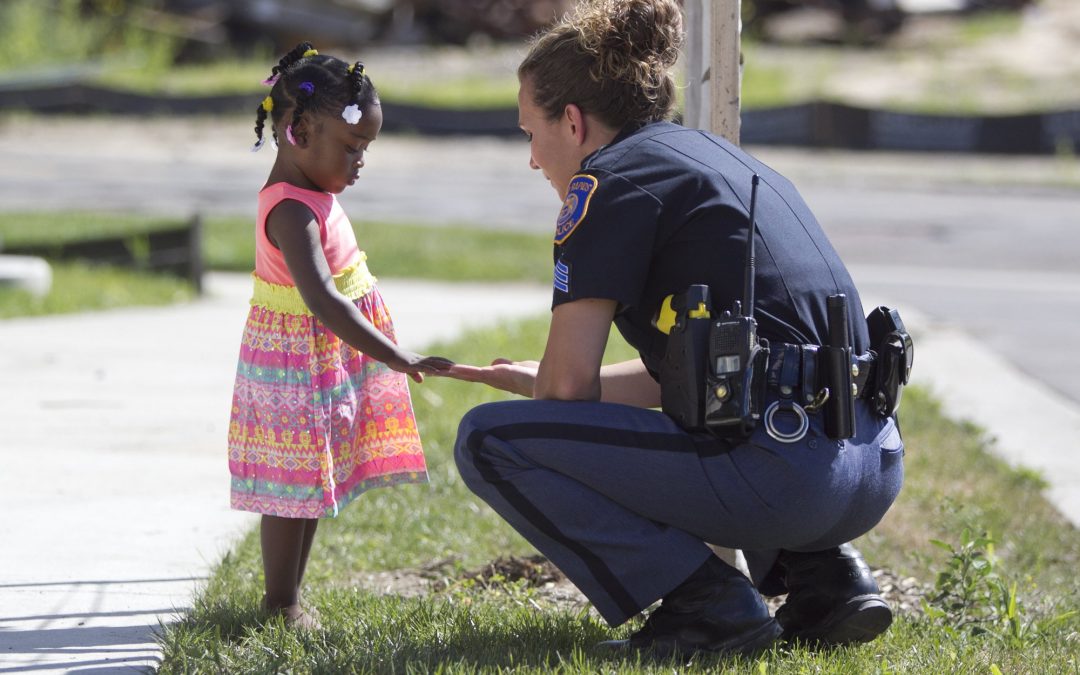 The police are doing the best they can to improve public relations, and are sandbagged anyway.  It’s not hard to see why police officers feel that they are damned if they do and damned if they don’t.

After hearing about the idea from a conference on improving the relationship between police and the public,  the police department in Northampton, MA, adopted a program called “High Five Fridays” where uniformed police officers met students at the entrance on their way into school on Friday mornings and gave the kids a high five, along with, I would imagine, a cheerful greeting.  The news article doesn’t say how long they had the program running, it does say there was a lot of support for the program, but there were also numerous “concerns”.  Some parents expressed concern that some of the kids may not feel comfortable with the police, other people questioned the long term affect, whether or not the program was valuable, and there was concern that kids may “respond negatively to a group of uniformed police officers at their school, specifically students of color, undocumented immigrants and children who may have had a negative experience with police previously.”   There is no mention about how long the program was in affect but after these concerns were raised the whole thing was scrapped.  And in my humble opinion based on 20 years as a police officer a whole lot of young kids lost an opportunity to be inspired to be something good when they grew up, lost an opportunity to see that cops are people too and can laugh, dance and joke with the best of them.  The kids lost an opportunity to know that when they are in danger they can call the police, and can talk to the police about what’s bothering them… I could go on… The police are doing the best they can to improve public relations, and are sandbagged anyway

There have been police officers assigned to schools for the last decade now, DARE officers and so on, so its not like the kids haven’t seen police officers around schools or heard of police officers at schools.  No, it there were any kids who were uncomfortable or concerned it was because they were up to no good or had been taught that the police are the bad guys. GRPD officers and a new friend checking out a police cruiser

My own police department has a very successful after-school program where there is a police officer assigned full time to coach the kids and so on, and I am aware of many success stories through the years.  It has been going on for many years but you know it will only take a few parents to voice their “concern that their kids don’t feel comfortable with a police office for a coach” or some other silly excuse and the whole thing could be scrapped.

Based on my experience I am convinced that if any of those kids were feeling uncomfortable around the police it was because the parents and other relatives of those kids taught them to be uncomfortable.   I can tell you that virtually every direct contact I had with kids from age 5 to 12 was non traumatic, low key and friendly.  In those instances where I was dealing with kids who had been caught shoplifting or doing some other silly petty crime I always made an effort to encourage and inspire the kids to make different choices.

I remember being in a home and about 3 little kids about ages 5-8 or so ran up all excited, saying “Hi Po-leece! Hi Po-leece!  Do you have any stickers?  Do you have any pencils?”  (From time to time we would have stickers and pencils and other trinkets to hand out to the kids) and as I was talking to the kids one of the adults very sternly called out to the kids and told them in front of us that they do not talk to the police and to go to their rooms.  The kids sadly and quietly walked away.   In another incident a few months before I retired some kids ran up to me as I was getting back in my cruiser to say hello and again asked for stickers and so on.  This time I had some toy stuffed animals in the trunk, and I can not find the words to express how it felt to see the joy that lit up their little faces when I offered the stuffed animals to them.  They cheerfully ran off and I prayed to God, due to my experience, that their parents and relatives would let the kids keep the stuffed animals.

There were times I had to arrest an adult with kids around, and I would always try to put the cuffs on out of sight of the kids if I could.  But there were a lot of adults who would cause a scene and get loud and call out to the kids and say things like “you see what the police are doing to Daddy (or Mommy) ?!!” , thereby planting the seed in the kids’ minds that the police were bad.  There were times that a situation could have gone peacefully but the adult decided to fight and resist in front of the kids, and of course that is a traumatic situation and I absolutely hate that the kids witnessed it but it was their family member who made the choice to make it an ugly scene.  I can tell you that in my experience, in incidences I was personally involved in, it was the adults and older kids that created a traumatic chaotic scene in front of little kids by becoming loud and resisting the police.

I remember arresting a 12 or 13 year old boy for assaulting a man after some older kids urged him to do it.  I spoke to the boy and learned he enjoyed drawing and art and I spent the time I had with him trying to encourage him and inspire him to hang on to that God given gift, to not let people put him down and try to convince him that he will amount to nothing, even if the nay-sayers are from his own family.  There was a moment of silence and he spoke up and said his family is already telling him he will amount to nothing.  It starts at home folks, hate, prejudice, racism, and a victim mindset, it all begins at home.