Fatal domestic argument before Christmas, was it preventable? 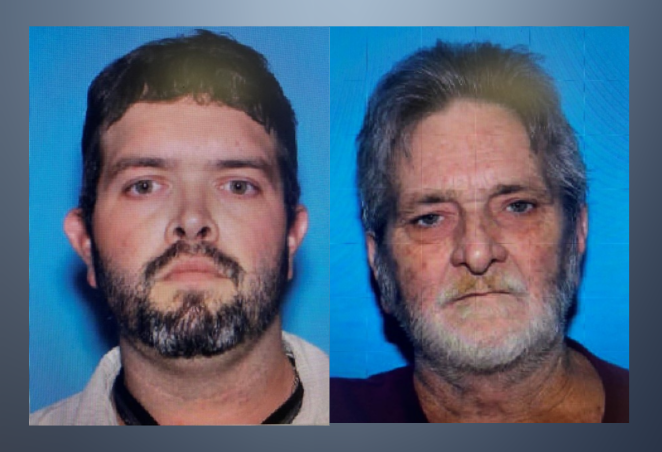 Fatal domestic argument before Christmas, was it preventable?  On December 21, in Alabama, a father and son got into a heated argument that resulted in both of them shooting at each other and killing each other. The news article states that law enforcement have responded to that home and family through the years for violence, and in fact the father in this case, 60 year old Kelvin Coker, had shot his other son in 2012, severely injuring him.  Apparently this is an example of an extremely dysfunctional family, and there are no guarantees when it comes to trying to effectively, successfully and safely de-escalate a situation.  But if we just take this one incident at face value as reported in the news article, there were several decision points where someone with de-escalation training, knowledge and skills most likely would have made a different decision, and the outcome would have been very different.  Again, the issues with, and in, this Coker family goes back YEARS, even decades, and would not have been “resolved” with just this incident playing out differently.  The teaching points and decision points in this incident serve as a good example for others on how quickly a situation can spiral out of control and go sideways and off the rails, and how critical it is to maintain self control and self discipline to avoid over reacting emotionally.

The incident began when 32 year old Nick Coker shot at the 4 family dogs when “one of them started messing with his girlfriend’s young child”. 2 of the dogs were killed, one belonging to Nick, the other to his father, Kelvin.  Nick’s brother commented that their father would be very angry that his dog was killed and Nick apparently pointed the shotgun at his brother, and threatened to kill him if he did not get off the property.

First, although the news article doesn’t say, I personally strongly believe alcohol played a role in this incident.  Just my humble belief based on my years of experience with dysfunctional family dynamics.  These were 4 family dogs, and though we hear in the news from time to time how a family dog has killed an infant or child, the wording in the article is that the dog was “messing” with a child.  I know from experience that an overly friendly dog can be considered to be “messing” with someone who has had enough of the friendly attention from the dog and all the licking and jumping up on a person and so on.  The offending dog could have been removed from the area and tied up or secured elsewhere.

This is where I think Nick’s ability to think things through was also hampered by the amount of alcohol he consumed leading up to this moment.  Let’s say he was stone cold sober, and this is just a case of a person with very little self control and with serious anger management issues, and he just greatly over reacted and began shooting at not just the one dog but at all 4 dogs.  Decision point #1 – Nick could have taken a deep breath, reminded himself that the family dogs are outgoing and friendly and do not mean any harm to anyone, especially to family, and simply removed at least the one dog and secured it elsewhere.  I believe Nick told the dog to “stop” several times, over and over, and finally got impatient and angry.  People with anger management issues tend to have violent outbursts, and any alcohol consumption would add fuel to the fire.

Nick then takes it out on his brother when his brother points out that he just killed their father’s dog by pointing the weapon at his brother, cussing and swearing, and threatening to kill his own brother if he doesn’t leave.  It is unclear if the brother left the scene, but soon after their father, Kelvin, arrives home. Decision point #2 – Having an argument with your sibling is normal, even natural, however, pointing a deadly weapon at them during the argument while threatening to kill them is NOT normal, natural or healthy!

Kelvin was still sitting in his vehicle when Nick pointed the shotgun at him and there was a “confrontation”.  Kelvin, with a history of shooting at his own sons, pulled his handgun and shot Nick in the chest.  Nick responded by shooting Kelvin in the neck with the shotgun.  Kelvin died almost instantly, Nick died later. Fatal domestic argument before Christmas, was it preventable?

Decision point #3 – Nick should have realized he was really, really angry, and taken steps to calm himself down such as take slow, deep breaths… AND put the weapon down!  His father Kelvin arrives home and Nick could have understood and accepted that his father would understandably be very upset that his dog was killed.  Angrily pointing a weapon at someone who is not a threat to life or limb, just sitting in a vehicle, is hostile, aggressive, escalating and just plain wrong!

At 3 different points in this incident, Nick could have made a different choice, and demonstrated more self discipline and self control which could have created a much different outcome.  But, again, we’re talking about a very dysfunctional family where the father, Kelvin, was already known to have no problem shooting at his own sons.  Who’s to say that he would not have shot Nick for shooting the dog?  In fact, Nick may have stressed himself out that much more by realizing what he had done, and realizing his own father may shoot him for it and so felt that he was defending himself.  Fatal domestic argument before Christmas, was it preventable?