Are you really that offended by a political poster? 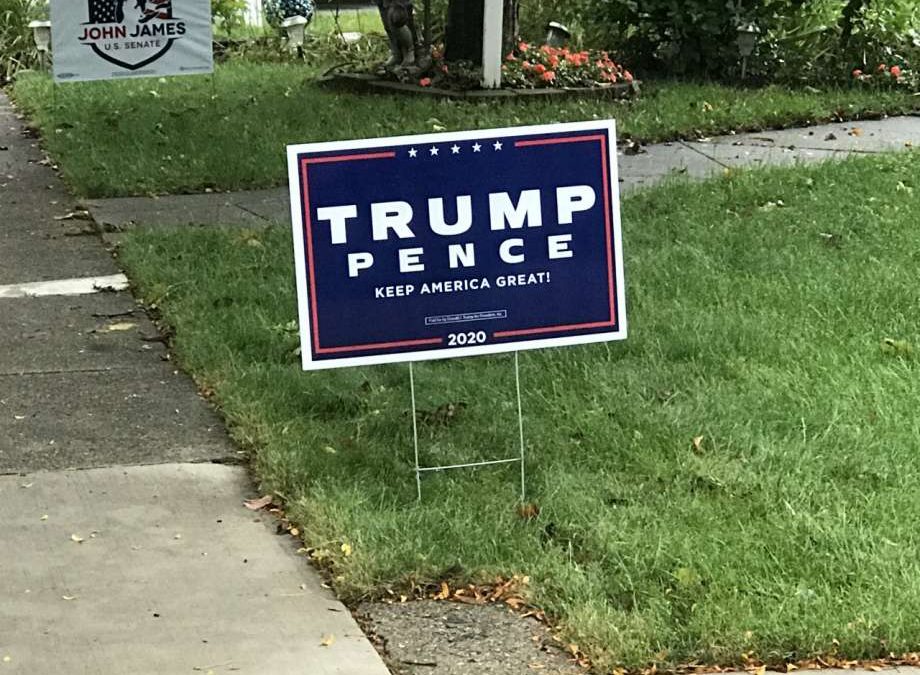 Are you really that offended by a political poster?  Don’t be the person who gets so offended over something that you do or say something stupid. How could these 2 have handled this situation differently? This happened in 2016 but we are beginning to see this stuff again.

A person allowed himself to feel offended over a political poster and tried to remove it. This country still represents opportunity to so many around the world, opportunity to go as far as your imagination, ability and stamina can take you, opportunity to practice religion without persecution and enjoy speech, and live peacefully among others.

Unfortunately, while people risk their lives to live the “American dream”, those already here are acting with mindless violence and hate towards anyone with a political difference of opinion. And people are allowing themselves to be so offended over a simple political poster that they violate and trample on other people’s rights. I have said it before, I’ll say it again, and there will continue to be incidences to prove I am right – When you allow yourself to be offended, and the longer you allow yourself to be offended, the higher the probability that YOU will do or say something to escalate a situation. Deciding to trespass, damage property, and attempt to steal property is creating and escalating a situation.  Are you really that offended by a political poster?

The homeowner risked serious injury by allowing his own sense of offense cloud his judgement.  The moment you chase after someone who has left your property, you have made YOURSELF the aggressor, and the other person can very convincingly claim “self defense” if anything goes wrong.  The homeowner in this incident chased after the subject, and then basically jogged with the subject while waiting for police.  The subject finally had enough of the homeowner and shoved the homeowner to the ground.  The homeowner is lucky he wasn’t more seriously injured or killed.

The incident was caught on video, so slow down and help yourself stay calm by taking slow, deep breaths!  Get that oxygen to your brain so that you can think clearly under the stress and “excitement” of having seen someone trespass onto your property and try to steal your political poster.  Just wait for the police to arrive.  It would not be very difficult for a first year law student to make you look like the bad guy once you chase after someone off your property.  And in this day and age, where the good guys are being blamed, accused, second guessed and vilified,  why do anything to give the other side any reason or ammo against you?