Social Media may be creating and driving Implicit Bias 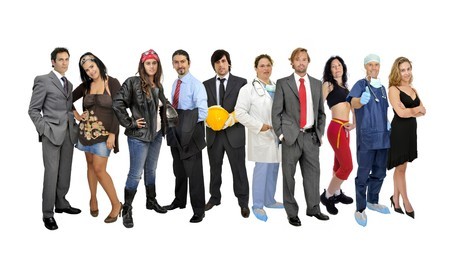 Social media may be creating, and driving, implicit bias. The phrase implicit bias has started to appear more and more in the media and internet, and I think I began to notice the phrase about 10 years ago when I attended a class as a police officer.  Basically, implicit bias is an unconscious belief, attitude, feeling towards a person or people that is formed and created from a combination of experiences and observations.  For example, a person who has been victimized by a black person, or white person, or Asian, or whatever, may develop a deep down sense of fear and contempt for people who are similar or appear similar to the suspect, even though the victim can rationalize that “one bad apple doesn’t make the whole cart bad”.  There are different types of biases, against objects and things and places and so on, all developed from either a personal experience or hearing someone you believe has credibility share an experience and you take on that bias.  You develop an attitude, a stereotype, a profile.

You see a big muscular man on a Harley motorcycle, leather jacket, full beard, tattoos… Tough guy?  Gangster biker dude?  Or a pastor of an up and coming growing church?  We see things on social media, TV, the movies, and develop ideas about things, basically developing a bias.  Someone walking around wearing hoodie up over their head?  Or walking around with their pants down to their knees?  Trenchcoat and a wig?

A friend and associate, Simon Osamoh, of Kingswood Security, did an interview with Dr. Raj Setthuraju on cultural biases on his Facebook page, click this link to watch the 8:30 minute interview.

My concern lately, especially after the West Freeway Church of Christ shooting in Texas, are the numerous knuckleheads on social media, who clearly have no background, training or actual experience in dealing with such things, pontificating about what coulda, shoulda happened and been done differently, and someone somewhere, a good person volunteering to be on their church security team, wanting to do good and do the right thing, will read a knucklehead’s comments and theories and decide it sounds reasonable… And then may end up OVER reacting to some situation and actually creating or escalating a situation at their own church, or use lethal force in a situation that did not require lethal force!

One example of a knucklehead’s comments are with an individual I personally interacted with momentarily on Instragram (I won’t name him because I don’t want to give him ANY type of credit).  About a day or so after the shooting, and LONG before ANY details started to come out, I came upon a post by a person on Instagram bragging that their blog post on the shooting was going viral and asking people to check it out.  So out of curiosity, I clicked on the link to check it out… The person basically asked who would let a person wearing a trench coat walk into a church, and then went on and on about how the church security basically allowed this situation to go the way it did.  After reading this person’s blog and quickly determining he did not have ANY real background, training or experience in the matter, I checked his Instagram profile, which also did not list any type of background that I felt would justify his know-it-all-expert analysis of the shooting.

I decided to respond and make a comment on his post, and since he really hammered the point that the suspect had walked in wearing a trench coat, I responded that I would allow him or her in the church.  I then cautioned him and other readers NOT to assume that everyone wearing a trench coat is a mass killer/active shooter!  The author then sarcastically responded “So you’d let a killer into your church?” … He went on a bit, again hammering the point that the shooter was wearing a trench coat and a wig and so on, and how security should have been watching and done something about him.   I then pointed out that he was making an enormous assumption and leap to conclusion, clearly with the only the benefit of 20/20 hindsight, that the person in the trenchcoat was a killer.   I go on to point out that in my 20 years experience as a police officer in a city of 200,000 that I have had numerous contacts with homeless people who also wore either trenchcoat, or a wig, or both, and NONE of them were a killer.  I ended my comment that maybe he had more experience than me and that I would defer to him in that regard.  He did not respond after that.

Social media may be creating and driving implicit bias.  I had noticed that prior to my responding to this person’s post that several people had commented in approval of the post and the basically the idea that anyone wearing a trenchcoat and trying to walk into a church must be delt with immediately.  Folks, long before we came here, churches were a beacon of hope and light for those seeking redemption, forgiveness, reconcilation, help and so on.  Long after we are gone churches will continue to be that beacon, and the challenge now, for us who are part of our church security team, is to prevent broken people from coming and breaking and hurting other people and property.  Too many people are watching things on TV, the movies, on Youtube, and reading posts on social media from knuckleheads who really do NOT know that they are talking about, and may form ideas on people and things and come up with a plan of action that is actually the WRONG thing to do!

We know now that Jack Wilson and the other security personnel at the church DID have their eye on the shooter, so it shows they DID have situation awareness.  So that was just one big point where the knucklehead I had interacted with was wrong, as he had made a big deal about how the security at the church was not doing their job in the first place.  We see in the video that the shooter stood up and appeared to interact with a person for a moment before shooting that person, and I saw another post on social media comments about how verbal de-escalation skills might have helped prevent the tragedy.

I teach de-escalation, I lived it, and I can tell you from experience, that sometimes nothing you do or say will de-escalate a person, ESPECIALLY if they have an agenda!  This shooter clearly had an agenda, planned for it, disguised himself for it, and was not going to be stopped from executing it.  My concern here is that someone, somewhere, will read comments like that and may hesitate because they will feel like they need to try to de-escalate a situation, and get themselves and others killed.  There will be times when it is clear that the time to try to de-escalate has long passed and it’s time to take it to the next level!  Good people are being conditioned by what they see and read on  social media, and are apt to develop wrong conclusions and ideas and flawed thought processes on how to handle situations and people.

And I can also tell you from experience that things can become lethal in a blink of an eye, and those who pontificate and preach about how they would have done things differently and so on really do not have experience in such matters and no appreciation for reality.

Same thing in regards to backpacks in churches.  My church started a backpack policy, and some of our people became rather overly zealous in their enforcement and checking backpacks.  One of our church employees use to come in every morning with his backpack carrying a change of clothing and other small personal items, and he was checked so often that he approached me one morning to ask if he was being targeted and picked on.  As a black man, he confessed that it is easy to start going down that slippery slope of thinking.  He was sometimes checked by the same security volunteers, despite his employee badge displayed.  He finally left the church.  Is this happening at your church too?  Good people getting over zealous and over reacting to anyone with a backpack?  A large diaper bag?  Where does it stop?  Not everyone with a backpack is a threat.

Folks, not everyone wearing a trenchcoat is a killer waiting to pounce, but beginning with the shooters at Columbine high school, both of whom wore trench coats, up to the shooter at the West Freeway church of Christ, there is this bias forming of people in trenchcoats.  Not everyone wearing a trenchcoat AND a wig is a killer!  I am NOT saying ignore them, I am cautioning from OVER reacting.  The security personnel at West Freeway church of Christ did the best they could with what they had and with the amount of training they have.  They had situation awareness, but things can, and do, go bad in a flash.  I’ve been there.