Do you REALLY know how to De-escalate a situation? 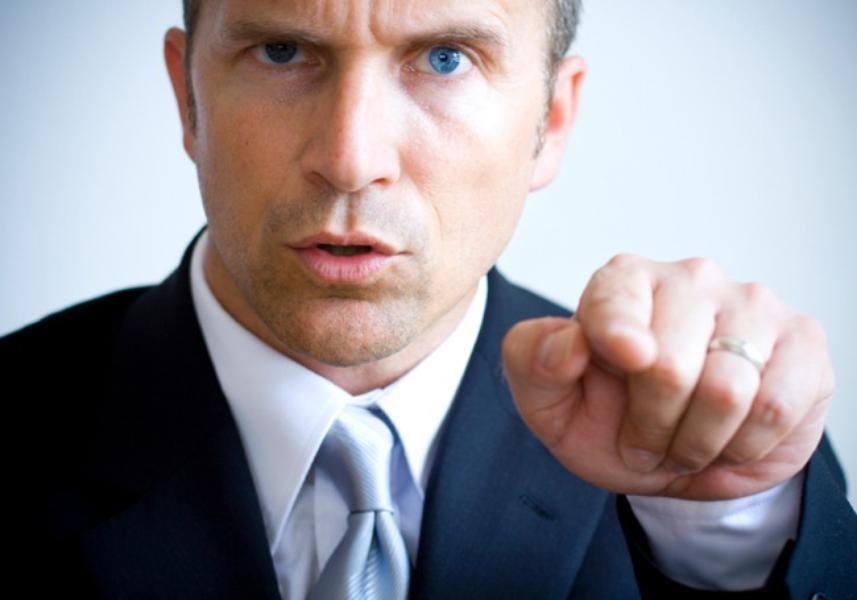 Do you REALLY know how to De-escalate a situation? What do you base your confidence and assurance on?  From training?  From experience?  From a combination of both?  In the last 2 years as I go around conducting Conflict De-escalation training workshops and talking to people about the training, I become aware of all sorts of beliefs, mindsets, thoughts and comments on the matter.

Yet, from my own experience and observations, a VERY large number of people, including police officers and people who SHOULD know or be aware of how to de-escalation a situation, actually do NOT know what they are doing.  Or they do not care, and that is a whole other problem.

At a recent CDT workshop I covered how critical it is to stay calm and maintain a calm tone of voice when dealing with someone who is agitated and being loud.  By raising your own voice you risk getting yourself jacked up and overly excited and risk losing self control.  A gentleman went into one of my scenarios and as my instructor/role player (retired police officer I use to work with) started to get loud, this gentleman raised HIS voice and tried to overwhelm my role player by outshouting and being louder!  Then the gentleman actually laid both hands on my role player’s chest and applied some pressure, not enough to push my role player back but enough to show my role player that HE, this gentleman, was in charge and going to be in charge.

The scenario ended and during the critique phase my intructor/role player asked the gentleman why he felt he needed to raise his own voice and be so assertive, even to the point of laying hands on my instructor/role player.  I was told the gentleman responded that in HIS experience, mirroring a person’s behavior would show that person how they were behaving and it would cause them to change their behavior.  He is convinced that he knows how to de-escalate a situation.

WHAT??  Seriously??  But yes, this man actually believes this.  He happens to be a former public safety officer from the 70’s and 80’s.  He did not say he retired, so I imagine he only did it for a few years.  But his background highlights what I already know, that just because someone is or was a police officer does NOT mean they have any people skills or know how to de-escalate a situation peacefully.

I have not heard of any situation, nor have I ever observed any situation, peacefully work itself out with both parties yelling at each other.  I have yet to find any instructional literature that advocates raising your voice when trying to de-escalate a situation.  In fact, even my instructors report that with some of the trainees going through their scenario stations it is difficult to really get “upset” and loud when the trainees remain calm and use a low tone of voice.

A vast majority of people have no clue how critical their non-verbal body language is when it comes to de-escalating a situation.  There are some very basic, very common body postures that may actually trigger a person and escalate a situation.  For example, crossing your arms when addressing someone who is upset.  Crossing your arms is a very comfortable thing to do, but depending on the situation it may not be THE thing to do!  Take this photo for example – 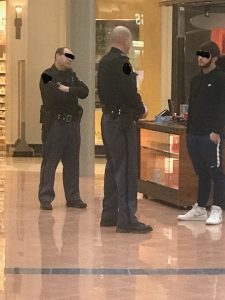 Do you REALLY know how to De-escalate a situation? What does the folded arms and cocked over head say?

This photo was taken a few months ago at the mall by one of my instructor/role players.  He came upon this scene, there were 2 police officers talking to an attendent of one the kiosks in the middle of the mall.  The officers were in the contact and cover position.  The attendent was getting more and more agitated and animated, and he kept looking over at the officer with the crossed arms and tilted head.  What does the body language of the cover officer seem to be screaming?  Contempt?  Disbelief?  “What ever…”.  The problem here is one of two things:  Either the officer is not aware of his nonverbal message or he just does not care.  Both are not a good thing, and not how to de-escalate a situation.

The human animal in us, our basic animal survival instincts, will assess a person’s body language in milliseconds without us being aware of it.  Think about the last time you were unexpectedly called to your supervisor’s office.  When you walked into the office you immediately keyed in on their body language and facial expression, and you did all this before a word was spoken.  Are you aware of what message your body language is sending as you try to de-escalate a situation?

Are you aware of what phrases you should avoid using when trying to de-escalate a situation?  Phrases that are known as trigger phrases?  For example, telling someone to “calm down.”  We have all used that phrase, but has it EVER really worked??  What is the most common response we get from someone we just told to “calm down?” …  We get a facefull of “I AM CALM!!!”  Yet, using that phrase rolls off our tongue so effortlessly!  But you need to try to avoid using that phrase as best as possible!  I learned to use the phrase “simmer down” from a best friend who is still on the force as I write this.  All these folks who are convinced that they know how to de-escalate a situation, are they aware of a handful of trigger phrases to try to avoid?

There is so much more that goes into de-escalating a situation, and improving the probability it will end peacefully.  My team and I go around sharing about 100 years of road patrol, law enforcement experience to help organizations learn skills and develop confidence in handling difficult people in difficult situations.  I want you and your staff to be able to keep a volatile situation from becoming a physically violent incident.

Contact me for more information on Conflict De-escalation Training